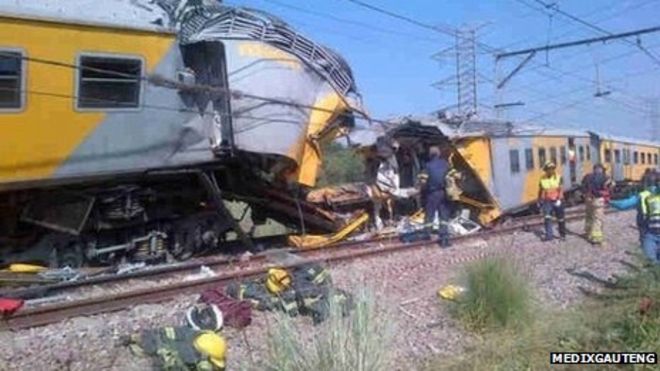 The passengers, who sustained minor to moderate injuries, are being treated by paramedics on the scene, said Russel Meiring, spokesperson for ER24 Emergency Medical Services, a private emergency medical care provider in South Africa.

An investigation is underway to determine the cause of the crash.

“Approximately 100 people have left injured this morning following a collision between two passenger trains in the Eloff extension in Selby, south of Johannesburg … Fortunately, no serious injuries or fatalities were found.

“The patients were treated for their injuries and were thereafter transported by several services to nearby hospital,” the paramedics said in a statement.
The details of the incident are not yet known, local authorities are on the scene.

In January, 226 people were injured in a train collision in the city of Germiston.

ANALYSIS: 2019: APC’s ‘adoption’ of direct primaries and its controversies