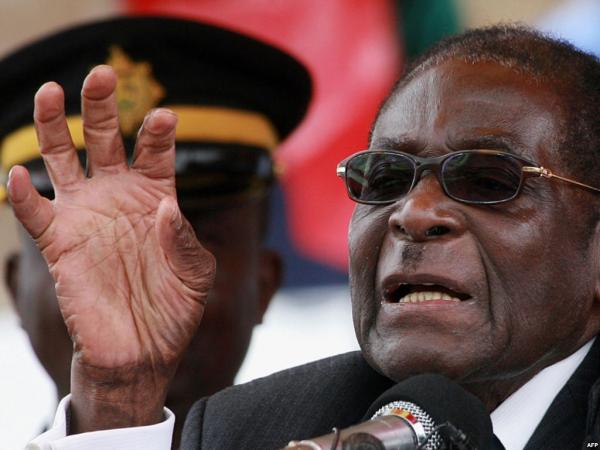 Mr. Mnangagwa, a 75-year-old former intelligence chief, has been heavily-criticised by supporters of Mr. Mugabe’s wife, Grace, who has also been touted as a potential successor to her husband.

“It had become evident that his conduct in his discharge of his duties had become inconsistent with his official responsibilities.”

Neither Mr. Mnangagwa nor his aides could immediately be reached for comment.

Grace, 52, called Mr. Mnangagwa a coup plotter and a coward on Sunday in a speech that inflamed an already bad-tempered rift in the ruling Zanu-PF party.

It followed a speech by Mr. Mugabe at a rally on Saturday where he publicly rebuked his deputy for the first time.

NAN reports that Mr. Mnangagwa was appointed vice-president in 2014, taking over from Joice Muguru, who was axed after Grace launched a campaign accusing her of plotting to topple the president.

On October 6, Mr. Mugabe’s wife accused Mr. Mnangagwa of a dark past of clandestine plots, including planning to stage a coup around the time of Zimbabwe’s independence in 1980.

“In 1980 this person called Mnangagwa wanted to stage a coup. He wanted to wrestle power from the president.

“He was conspiring with whites. That man is a ravisher,” said Grace.

In spite of his advanced age and concerns over his health, Mr. Mugabe has refused to name a successor.

He has been endorsed as his party’s candidate for next year’s election.

NITDA’S 2017 budget not under investigation by EFCC