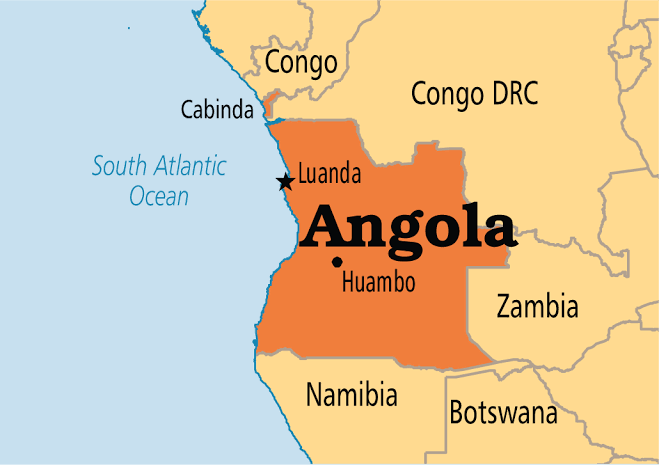 Angolans head to the polls on Wednesday in a parliamentary election expected to usher in the ruling party’s defence minister as the first new leader of Africa’s second-biggest oil producer for 38 years.

Joao Lourenco would inherit an economy mired in recession as gaping inequality, soaring inflation and high unemployment squeeze poor Angolans who have benefited little from a decades-long oil boom.

He has pledged to boost growth and fight corruption.

The People’s Movement for the Liberation of Angola (MPLA) is expected to remain in power, but with a reduced majority.

Its support has waned due to widespread political cronyism, though many Angolans remain loyal to the party that emerged victorious from 27 years of civil war in 2002.

“I’ve been following the party (MPLA) all my life. I grew up with it,” 33-year-old bakery owner Telma Francisco told Media outside a polling station in the capital.

“The other parties don’t have the capacity to govern.”

Voters like Francisco waited in orderly queues on a cloudy morning in the capital Luanda when polling stations opened at 7.00 a.m. (0600 GMT) as police and military manned street corners.

Questions have been raised as to how much power Lourenco will have if he wins, given veteran leader Jose Eduardo dos Santos, 74, will continue as head of the MPLA and have potentially a sweeping say over decision-making.

His daughter, Isabel, heads national oil producer, Sonangol, and his son, José Filomeno, is in charge of the state investment fund.

Lourenco on Tuesday dismissed suggestions he would be a puppet president, saying he would focus on leading an “economic miracle”, possibly with the help of the International Monetary Fund and World Bank as well prosecute corrupt politicians.

The MPLA’s main opponent will be its former civil war foe, the National Union for the Total Independence of Angola (UNITA), while young voters have been lured by CASA-CE, which was formed in 2012 on a promise to disrupt 50 years of two-party politics.

More than two-thirds of Angolans are below 25, so many people will be voting for the first time.

“We’re voting for change,” said 19-year old Joao Costa, who like most people who oppose the authoritative MPLA declined to say who he voted for.

Others were sticking by the ruling party.

“The opposition is a joke,” said out-of-work decorator Francisco, 32, declining to give his surname.

“The MPLA is the only party that can change things and with a new candidate for president I think he can do a better job”.

An unofficial result is expected by Friday.

But there may be no formal announcements for two weeks as ballot boxes wend their way along pot-holed roads and dirt tracks in a country of 28 million spread across an area twice the size of France.

There are concerns about how fair the vote will be after the government cracked down on recently planned public demonstrations.

UNITA has said it will lead protests if it believes the MPLA has manipulated results.

The former Portuguese colony has been largely peaceful since the end of a Cold War-era conflict between the MPLA, backed by the Soviet Union, and UNITA, supported by the United States and South Africa.