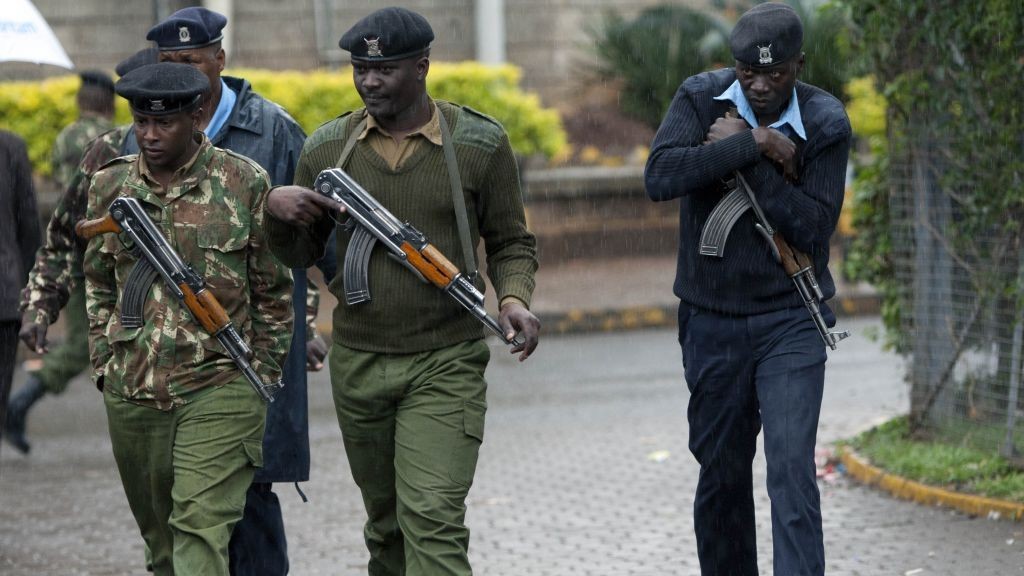 Authorities say six Kenyan police officers were killed and two wounded when their convoy was attacked by gunmen in central Kenya where drought and scarce grazing land is fuelling violence.

A police statement said members of the police’s Anti-Stock Theft Unit, travelling in two vehicles, were attacked by members of the Pokot ethnic group while on a “familiarisation tour” in Laikipia county,

The police said they “were attacked while negotiating (a) sharp corner and as a result the officers … were fatally injured.”

Laikipia has been hit by a wave of violence in recent months as armed cattle-herders searching for dwindling grazing land have driven tens of thousands of cattle onto private farms and ranches.

Over a dozen Kenyans have been killed in the violence.

In April, gunmen wounded an Italian-born conservationist at her conservation park in the area.

Kuki Gallmann was shot in the stomach after the vehicle she was driving in was ambushed.

The previous month, Tristan Voorspuy, a British military veteran who ran a safari company, was shot dead at a private ranch in Laikipia after he went to inspect the remains of a friend’s home that had been burnt down.

Many residents in the area accuse local politicians of inciting the violence ahead of general elections in August.

According to the police report, the raiders in the latest attack first attacked a village elder as he was repairing an electric fence at a nature conservancy, before ambushing the police vehicles.

The wounded officers were airlifted to the capital Nairobi for treatment, police said, adding that the attackers fled with six rifles and a pistol.