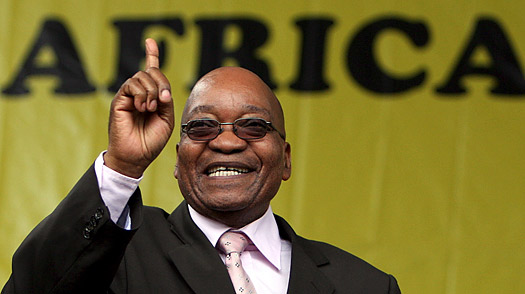 The South African National Treasury has ordered President Jacob Zuma to refund to government 7.8 million Rand (502,492 Dollars) he spent on non-security upgrades to his country home.

This is contained in the treasury’s report on Monday to the Constitutional Court in Johannesburg, in response to the courts paper asking it to determine the amount Mr. Zuma should repay.

The Constitutional Court had ruled earlier that Mr. Zuma violated the Constitution when ignoring a recommendation from the public protector.

Mr. Zuma had been asked to pay back part of 246 million Rand he spent on renovating a private home in the village of Nkandla.

He had argued that the upgrades were for added security, even though the renovations also included a swimming pool, a cattle enclosure, a chicken coop, a visitor centre and an amphitheatre.

The Treasury said it valued the five items at 7.8 million Rand.

Mr. Zuma survived impeachment proceedings regarding the affair in April and then apologised to the nation, denying conscious wrongdoing.

The affair is seen as having done enormous damage to the ruling African National Congress (ANC) ahead of local elections in August.

Alleged Forgery: I am ready to go to jail – Saraki