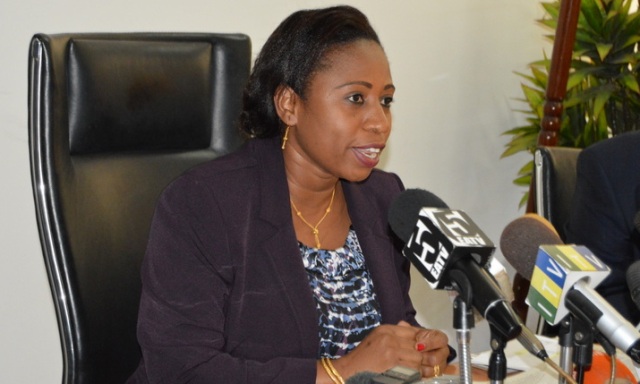 Seven killed, 14 hospitalized as strange disease breaks out in Tanzania

Ummy Mwalimu, Tanzania’s Minister of Health, on Monday in Dar es Salaam said that a strange disease in central Tanzania has killed seven people and 14 others have been admitted to hospitals for treatment.

The minister said the disease has hit Chmela and Kondoa districts in the country’s central region of Dodoma, wreaking havoc to residents in the areas.

Ms. Mwalimu said the government came to know about the disease on June 13 through the office of the chief medical officer for Dodoma region.

The minister said it started with nine members of a single family at Mwaikisabe village in Chemba district who reportedly fell sick after eating beef.

Ms. Mwalimu said the meat was sourced from a cow that was slaughtered after one of its legs got broken in an unknown circumstance.

She, however, said some of the people who also ate the very same beef were alive and kicking, forcing the government to cast its net wider in the endeavour to examine what the disease could be and its likely causes.

“The patients show symptoms of vomiting and running stomachs.

“Their eyes and other body parts also turn yellow,” she said.

She added that the victims were also feeling pain in the stomach and in a short time, their stomachs were getting filled with water.

The minister noted that preliminary investigations have shown that the disease was not yellow fever, but medical experts were also examining the possibility of it being Rift Valley Fever.

The minister said the government had formed a team of experts to establish what caused the deaths.

“The teams comprised of experts from the Muhimbili National Hospital, the government chief chemist, Tanzania Food and Drugs Authority (TFDA) and their counterparts from the Ministry of Agriculture, Fisheries and Livestock Development.

“Others are from the Prime Minister’s Office, Regional Administration and Local Government Authorities,’’ she said.

She said the government was also working hand in hand with the World Health Organisation and the Centre for Disease Control in trying to arrive at the right conclusion regarding the disease.

Ms. Mwalimu said the main goal is to ensure that government identify the type of disease that is affecting our people as soon as possible so we can take appropriate medical remedies.

James Kiologwe, Chief Medical Officer for Dodoma region, shared Ms. Mwalimu’s sentiments, suggesting that the disease could have been a result of aflatoxins.

“Aflatoxins have been associated with various diseases, such as aflatoxicosis, in livestock, domestic animals and humans throughout the world,’’ he said.

Mr. Kiologwe said that could basically be a result of storing grains in poor conditions but all in all, everything would be known when we complete a thorough examination on the patients and the samples collected from their vomits, stool and others. (Xinhua/NAN)

VIDEO: MILESTONES: The social events that captured our attention in the past week.