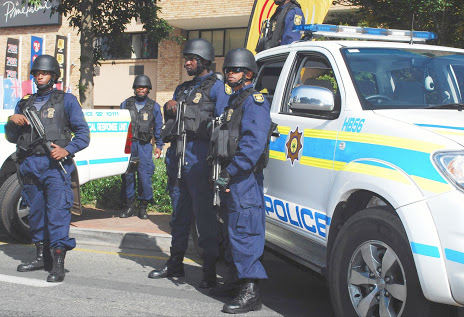 Eight former South African police officers have been found guilty of a horrific assault on a Mozambican taxi driver, Mido Macia, which led to his death.

Footage of the incident which was filmed on a mobile phone at a busy street on the outskirts of Johannesburg in February 2013 was flashed around the world.

Delivering judgement in the North Gauging Hight Court, Judge Bert Bam found that Macia was dragged behind a police van for more than 200 metres following a minor traffic altercation.

He was later found dead at the Daveyton police station.

Bam found the suspects guilty of murder on the doctrine of common purpose.

In addition to the dragging incident which was witnessed by numerous pedestrians, he found that Macia was severely assaulted in the police cells.

Earlier this month, a ninth suspect, Matoma Ramatlou, was acquitted after Bam found there was no evidence linking him to the murder.

Bam ruled that the convicts who were out on bail must be jailed immediately pending their sentencing.