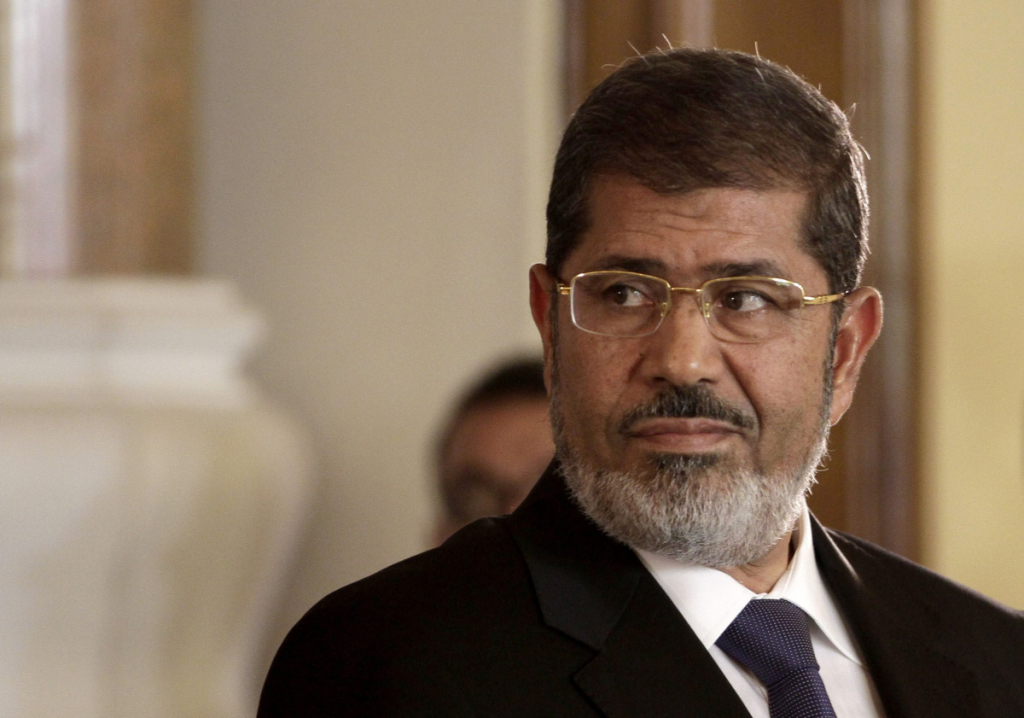 The Cairo Criminal Court on Tuesday confirmed the death sentence for deposed president Mohammed Morsi for orchestrating a prison escape during the 2011 uprising that toppled long-time ruler Hosni Mubarak.

Prosecutors charged that Morsi and other leaders in the Muslim Brotherhood conspired with foreign Islamist organisations to storm prisons during the 2011 uprising.

In a related case, three Muslim Brotherhood leaders were sentenced to hanging for conspiring with foreign powers.
Morsi and 16 others received life sentences in that case.

Morsi appeared calm but impassive as a local television showed him from time to time inside a soundproof defendant’s cage while presiding judge Shaaban al-Shami read out the lengthy judgment.

In the judgment, he praised the 2013 demonstrations that preceded Morsi’s ouster by the military.

The Brotherhood has dismissed the case as a political farce. Amnesty International described the trial as “grossly unfair”.

The charges were brought after the military, then headed by Abdel-Fattah al-Sissi, who has since been elected president, deposed Morsi in July 2013.

Morsi and other Brotherhood leaders were among thousands of prisoners who were freed in disputed circumstances during the chaos of the 2011 uprising.

Prosecutors said that heavily armed Hamas militants infiltrated Egypt from the Gaza Strip and stormed three prisons where its members as well as the Brotherhood leaders were held.

The Brotherhood leaders had been arrested shortly after protests against Mubarak broke out.

The death sentences are subject to an automatic appeal. Other sentences can also be appealed by both defence and prosecution.

The Muslim Brotherhood, which came first in parliamentary as well as presidential elections after the fall of Mubarak, has been subjected to a fierce crackdown since Morsi’s ouster.

Hundreds of mainly Islamist demonstrators have been killed in clashes with security forces or in the break-up of protests.

Activists say more than 40,000 people, mainly Islamists, have been detained or prosecuted.

According to the official National Council for Human Rights, 700 members of the security forces have also been killed. Most of them fell victim to jihadist groups.

The Egyptian authorities have designated the Muslim Brotherhood as a terrorist organisation after blaming it for a spate of deadly attacks.

The Islamist group has repeatedly denied the charge, accusing the government of oppression. (dpa/NAN)