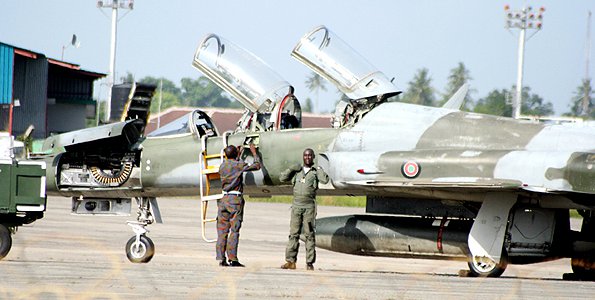 Kenya Defence Forces, KDF, confirmed on Friday that its combat aircraft which crashed in southern Somalia on Thursday after developing mechanical problems, came down within a territory controlled by Al-Shabaab, who later set it on fire.

He said the aircraft crashed at 1215 GMT in Jamaame, Southern Somalia.

“A KDF aircraft while returning from a combat mission in Somalia developed technical problems.

“The pilot of the aircraft made a distress call to his wing-man, the pilot in a second aircraft.

“Regrettably, the aircraft crashed within enemy territory, Al-Shabaab militia reached the site of the crashed aircraft and set it on fire.

“The fate of the pilot remains unknown. He is still missing,” Mr. Obonyo said.

The military aircraft, which had been on a combat mission, came down in the area of the southern port city of Kismayu.

The area is where Kenyan troops were deployed as part of Africa Union Mission in Somalia (AMISOM), trying to stabilise the Horn of Africa nation.

Mr. Obonyo’s remarks came hours after the insurgents claimed that they shot the aircraft down using a missile.

The military spokesman said the two aircraft were from a successful mission, where they destroyed Araare, an Al-Shabaab base which had been confirmed by intelligence as an operation and logistics base.

“According to our sources in Somalia, several Al-Shabaab militia including foreign fighters were killed, and many others were injured and equipment was destroyed during the air strikes.

“The Chief of the Defence Forces and the entire KDF family join the family of the missing hero during this moment of anxiety,” Mr. Obonyo added.

He said the incident only served to reaffirm their “resolve to continue pursuing and destroying the Al-Shabaab in order to preserve the territorial integrity of the country.”

Kenya launched cross-border incursion into southern Somalia in 2011 to subdue Al-Shabaab that the east African nation blamed for raids and kidnappings particularly on its northern region.

Kenya had since been beleaguered by a spate of attacks by the insurgents.

The Kenyan troops had been moving in all sectors in southern Somalia after making several advances on key towns following a fierce battle with the insurgents.

Al-Shabaab militia and their foreign fighters are reported to have links with the Al-Qaida network. (Xinhua/NAN)