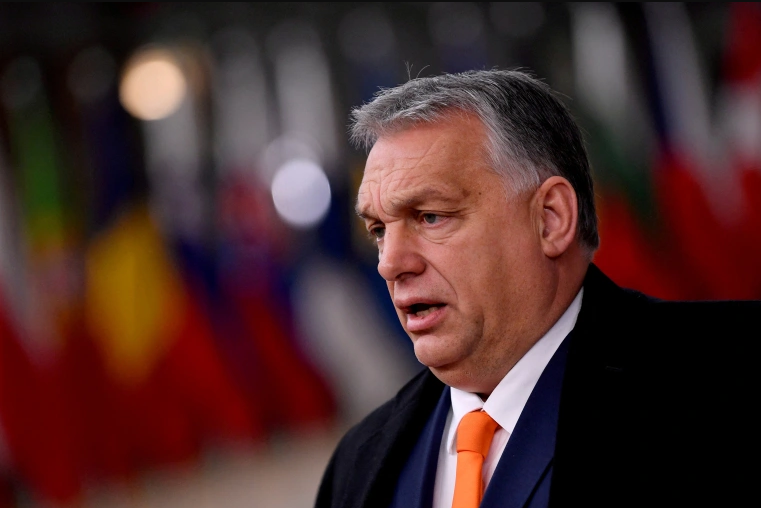 “With US President [Donald] Trump and German chancellor [Angela] Merkel, this war would never have happened,” he said.

The European Union’s strategy to punish Russia for invading Ukraine has failed and a new one is needed, Hungarian Prime Minister Viktor Orban has said.

“A new strategy is needed which should focus on peace talks and drafting a good peace proposal … instead of winning the war,” Al Jazeera quoted Mr Orban as saying in a speech in Romania on Saturday.

According to his speech, the Western strategy on Ukraine has been built on four pillars – that Ukraine can win a war against Russia with NATO weapons, that sanctions would weaken Russia and destabilise its leadership, that sanctions would hurt Russia more than Europe, and that the world would line up in support of Europe.

These strategies, according to Mr Orban, have failed.

On several occasions, Mr Orban has said Hungary will not support the embargo on Russian gas as his country is heavily dependent on it.

He was reelected for a fourth consecutive term in April, and reiterated that Hungary – a NATO member – would stay out of the war in neighbouring Ukraine.

“We are sitting in a car that has a puncture in all four tyres: it is absolutely clear that the war cannot be won in this way,” Mr Orban told his supporters.

He said Ukraine will never win the war this way “quite simply because the Russian army has asymmetric dominance.”

Mr Orban is facing his toughest challenge since taking power in 2010 as Hungary battles with a high inflation rate, a weak currency and EU funds still held up amid a dispute with Brussels about democratic standards.

Mr Orban also said dialogue between Russia and the U.S. is needed to end the war in Ukraine as Russia wants security only Washington can give.

“With US President [Donald] Trump and German chancellor [Angela] Merkel, this war would never have happened,” he said.

Russia and Ukraine on Thursday in what appeared to be a ray of hope signed a deal to allow grain exports from Ukrainian Black Sea ports to ease ongoing global food crisis.

The deal facilitated by the United Nations and Turkey was short-lived as Russian missiles hit Ukraine’s Odessa port one day after the grain deal was signed.

Russia is now estimated to control about one-fifth of Ukraine since invading it’s neighbour in February.

The invasion has been condemned by many countries including Nigeria.