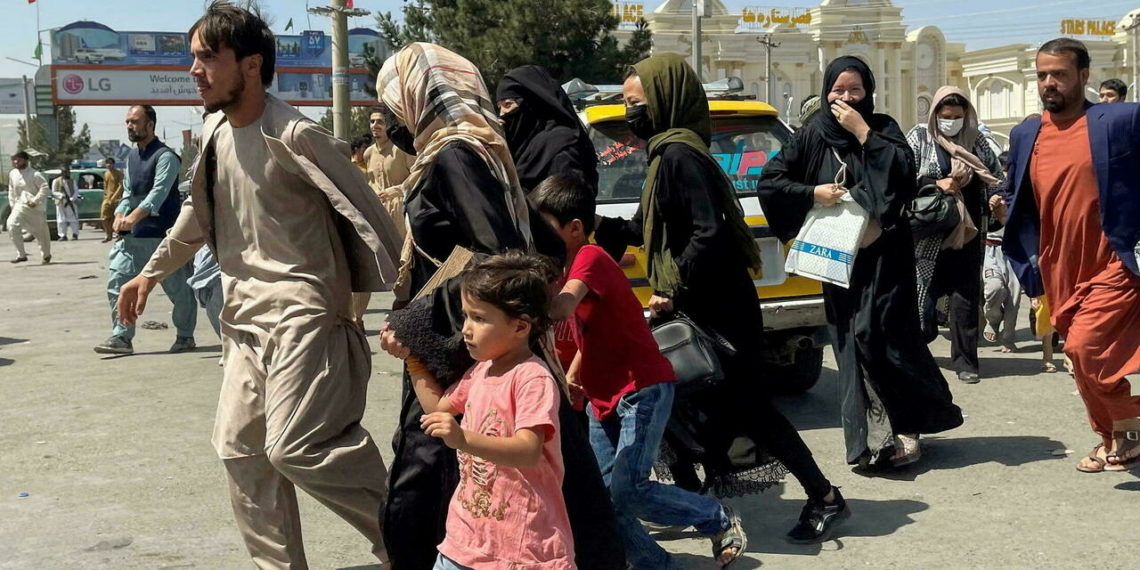 The talks would also be on the bloc’s concern of the prospect of a mass exodus of people fleeing life under the Taliban.

EU interior ministers are holding talks on migration Wednesday against the backdrop of the unfolding crisis in Afghanistan.

The talks would also be on the bloc’s concern of the prospect of mass exodus of people fleeing life under the Taliban.

The meeting was convened to address the influx of people at Lithuania’s borders, allegedly assisted by non-EU neighbour Belarus.

In the past, Belarusian leader Alexander Lukashenko was openly threatened to let people from countries such as Iraq, Afghanistan and Syria cross the border into the bloc in retaliation to EU sanctions.

Afghanistan is not officially on the agenda on Wednesday.

But following the Taliban’s seizure of power, some EU leaders are already strategising how to avoid a repeat of 2015 and 2016, when hundreds of thousands, many from Syria, made the perilous journey to seek protection in the bloc.

Some EU politicians, the UN refugee agency and various rights groups have stressed the need to protect the vulnerable, but countries like France, Germany, Greece and Italy have warned that the EU must pre-empt a fresh wave.

The bloc should provide support to Afghanistan’s neighbours to keep refugees in the region, German Chancellor Angela Merkel said this week.

A European Commission spokesperson said on Tuesday that the bloc would work in the coming days on a joint strategy involving legal pathways and managing “risks of irregular migration.’’

Some experts were sceptical that the Afghan crisis would unleash a replay of the scenes witnessed in Europe five years ago.