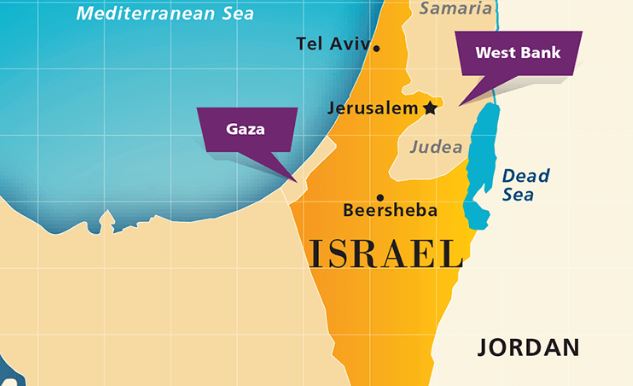 “Despite enduring droughts for years, Israel has been able to secure drinking water."

Harpaz Gazi, Charge d’Affaires of the Israeli Embassy in Nigeria has reaffirmed his country’s leading role in water recycling globally.

A statement by Gazi described Israel as one of the most densely populated countries in the world, characterised by 60 per cent desert and semi-desert climatic conditions.

He listed frequent droughts, desertification of agricultural land, rapid urbanisation, degradation of water quality, and increased water scarcity as some of the major constraints to water recycling.

“Israel is leading the world in water recycling; it can recycle 87 per cent of its water, the next runner-up, Spain, recycles 17 per cent.

“Despite enduring droughts for years, Israel has been able to secure drinking water, although agriculture is an ongoing issue.

“Israel provides water not only to its citizens, but also supplies water to the neighboring Palestinian Authority and Jordan,”Mr Gazi said.

Mr Gazi disclosed that Israel, through its Foreign Ministry’s MASHAV had prioritised the sharing of technological advances with countries in Africa, Asia, Latin America, the Middle East, Oceania, Europe, and North America.

He listed some of the leading water technologies Israel had developed/adapted and improved upon over the years as Drip irrigation, computerised agriculture using sensors, and automatic irrigation.

Others are technology finding and fixing leaks in the water supply system, water recycling and reusing treated sewage for farming, desalination technologies that collect dew and moist from the air, and seed breeding that enable seeds resistance to drought and disease.

According to him, the importance of water globally cannot be over-emphasised.

He said that due to continuous change in climate, many countries were experiencing drought and shortage of water.

“Many communities are migrating and farmers are suffering due to global warming.

“What most people do not realise is that the water has not disappeared: It is still there.

“In many areas, growing populations have less and less water per capita due to crumbling infrastructure leading to massive leaking, short-sighted and self-interested water management, leading to egregious waste, and polluted groundwater.

“In Africa, the main causes of water scarcity are physical and economic, rapid population growth, rural-urban migration, and climate change.

“In addition to a growing population, agriculture also negatively affects demand on water supply,” he added.