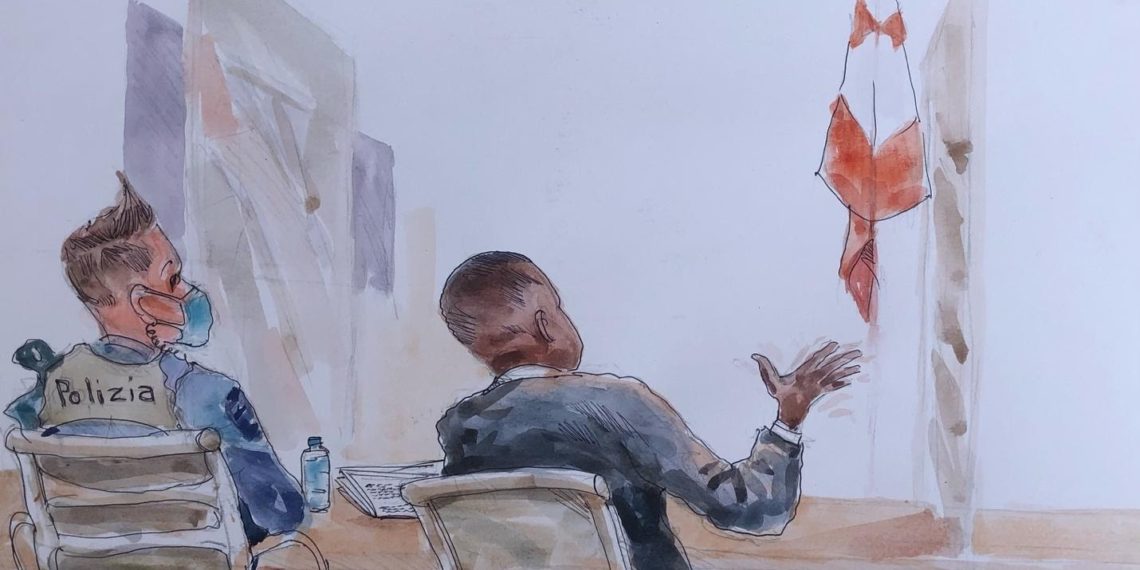 The defence team of Alieu Kosiah has pointed to “errors” and “contradictions” between stories witnesses told Swiss investigators in the war crimes case and the testimonies they have given in court, saying the inconsistencies undermine the case against their client and the Swiss Federal Criminal Court should acquit their client.

Dmitri Gianoli, Mr Kosiah’s main lawyer, told the court the stories of the seven Liberians that focused on crimes allegedly committed in Lofa by Mr Kosiah and ULIMO rebels under his command, were different from what they told investigators in the case in the Swiss capital city of Bern in 2014.

Furthermore, the witnesses did not agree with each other.

“The pleadings of the complainants are full of errors,” Gianoli told the three-judge panel in a final argument that lasted more than six hours. “There’s a music box, but the music clashes.”

There were small inconsistencies in the plaintiff’s testimonies but they broadly agreed with each other and with other prosecution witnesses in their memories of those events.

Mr Gianoli sought to minimize any damage caused by Mr Kosiah’s outbursts in earlier proceedings that disrupted the court and risked giving the impression that he still believed he could intimidate people to follow his will.

“In the face of all this, it is normal for Kosiah to be angry because no one recognizes all these contradictions,” Mr Gianoli said. 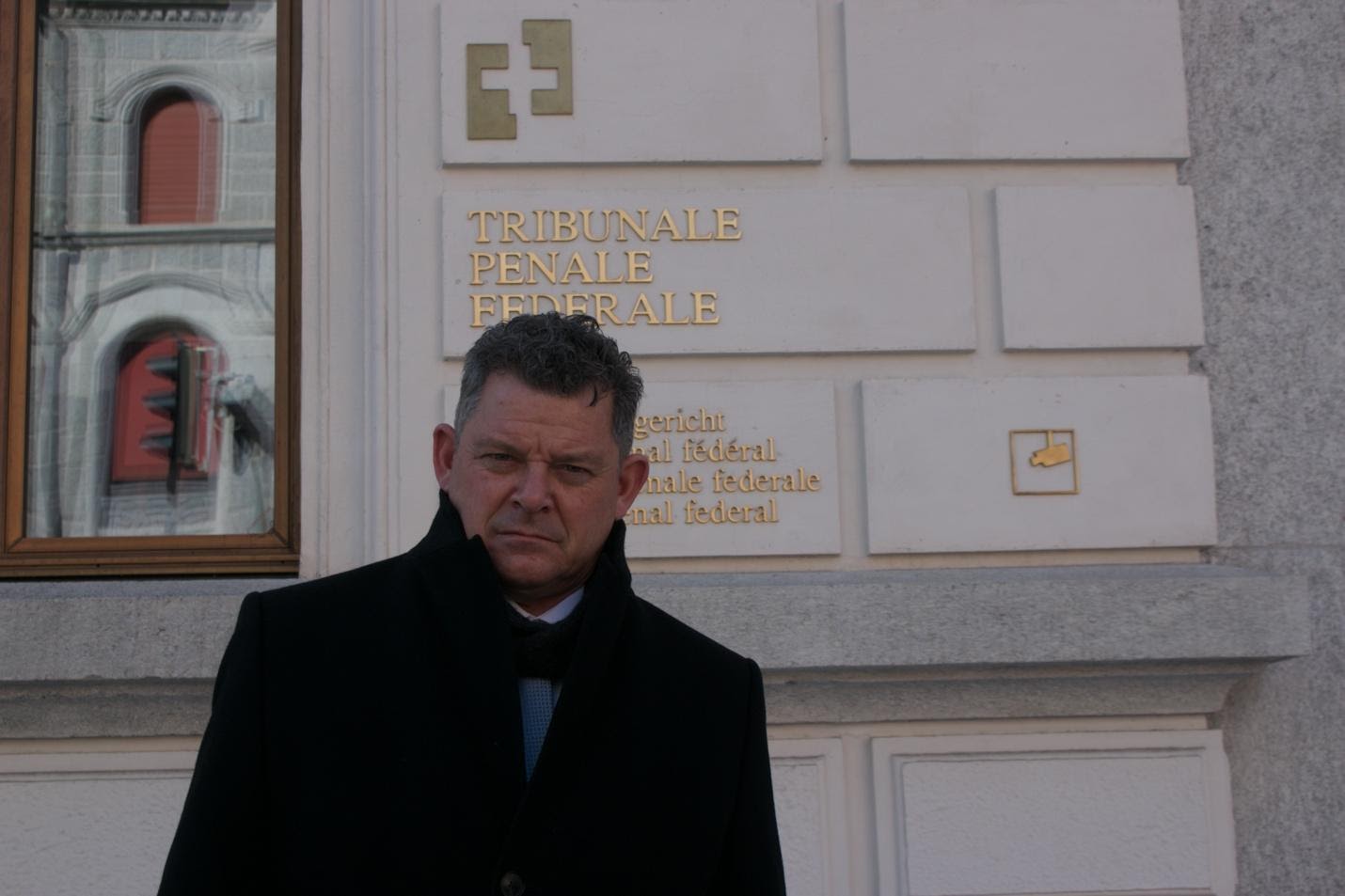 Mr Kosiah, who faces a maximum 20-year imprisonment (including the six he has already served while awaiting the trial), is charged with 25 counts of murder, cannibalism, rape, sexual enslavement, forced transportation and recruitment of a child-soldier. His seven accusers are also asking the court for 8,000 Swiss Francs (about $US8500) in compensation.

Mr Kosiah denies the charges, and Mr Gianoli says he was not in Lofa county between 1993 and 1994 when the alleged crimes were committed. The defence has stayed with that claim even after Mr Kosiah’s own defence witnesses testified that he was there at that time.

On Monday plaintiffs’ lawyers Alain Werner, Romain Wavre, Raphaël Jakob, and Zeina Wakim urged the court to give Mr Kosiah the maximum sentence, revoke his Swiss residency and bar him from entering the country for 15 years.

Presiding judge Jean-Luc Bacher will announce on Friday when the verdict will be handed down. It would normally take several months but the court will face pressure to bring that forward because of the long time Mr Kosiah has already been imprisoned while waiting for trial.

‘Racking up testimonies’ against Kosiah

Mr Gianoli devoted a significant portion of his final argument to attacking Civitas Maxima and the Global Justice and Research Project (GJRP), which helped the plaintiffs bring their case here.

The Geneva-based Civitas Maxima headed by Alain Werner, the lawyer for four of the plaintiffs, represents victims of war crimes, while Monrovia-based GJRP documents human rights violations in Liberia.

The defence attorney accused the groups of making up the case against Mr Kosiah.

“It was Civitas Maxima who asked for evidence on Kosiah, and then it was GJRP who activated on the ground saying they lived up to what is required,” he said. “At first, GJRP didn’t have anything about Kosiah, and all of a sudden it starts racking up testimonies, following Werner’s request.”

Mr Gianoli cited a case with the lone female plaintiff who alleges Kosiah raped her after raiding her village and killing her father and brother in the 1990s. He told the court the woman had said in her initial complaint in 2014 that she knew Kosiah was a ULIMO commander but said in her pretrial hearings in Bern later that she did not know the faction he belonged to.

Mr Kosiah is accused of ordering civilians to carry looted goods long distances on foot in Lofa and to the Guinea borders in Voinjama and Foya.

Three plaintiffs spoke about the looting of a generator in Pasolahun, Kolahun District. However, Gianoli said the plaintiffs’ testimonies were not credible because they had all written in their initial complaints that the event occurred in 1994 and 1995 and changed it when they testified last month.

“The events mentioned in the complaint, and in particular also the transport, are meaningless …and can be attributed to someone other than Alieu Kosiah with the same profile,” Mr Gianoli said.

Gianoli put a lot of emphasis on the failure of six of the seven plaintiffs to recognize Kosiah in photographs of ex-ULIMO generals during their pretrial investigation in Bern. The witnesses claimed the photos were blurry. Gianoli denied this pointing out that both defence witnesses had recognized the defendant.

“With the traumatic events experienced by the complainants, their statements should then be more precise and more constant over time. It is not so,” Gianoli told judges. He pointed to the repeated description of “pop eyes” a term used in Liberia to refer to people with large eyes. “The particularity of the pop eyes, which concerns 4% of the population in Liberia, is mentioned by all the complainants. But why not have chosen the person on the photographic boards with popped eyes?

“Because they had never seen or met him,” Mr Gianoli said.

Targeted Because he is a Mandingo

Mr Gianoli said Mr Kosiah was being targeted because he is a Mandingo, an ethnic group that is predominantly Muslim and is only recognized the 16th ethnic group in Liberia in the 1980s. Mr Gianoli told the court that ethnic hatred was one of the root causes of the Liberian Civil War. He said the National Patriotic Front of Liberia (NPFL) and ULIMO were an offshoot of tribalism.

“Although time has done its work, rivalries remain, and testimonies will have been directed, unfortunately,” he told the judges. “The Mandingos are considered foreigners by other Liberians, according to Kosiah. The ethnic component can strongly orient the testimonies.”

The trial is historic both in Liberia and Switzerland. It is the first war crimes trial in connection to the West African nation’s bloody civil war, which killed an estimated 250,000 people and displaced a million. It is also the first time the central European country is trying a person for war crimes in a civilian court.

The trial continues on Thursday.