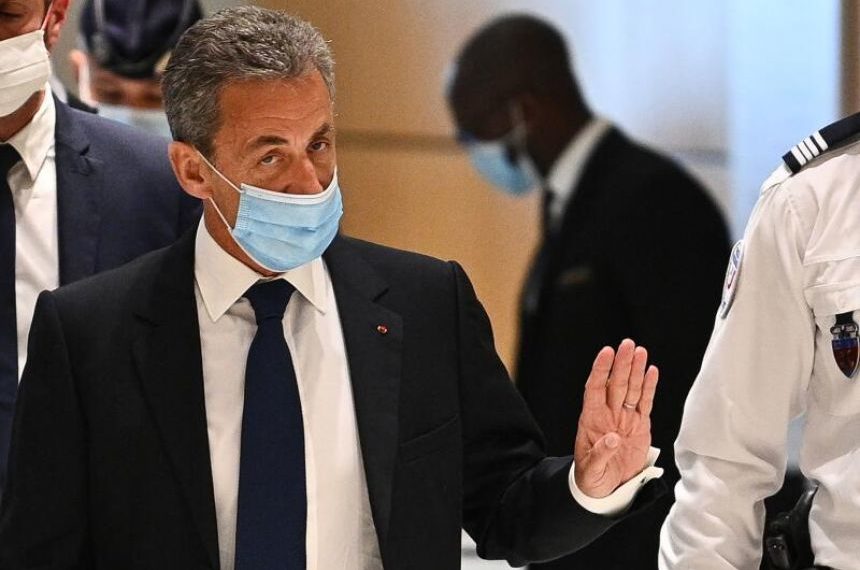 Sarkozy, who in December became France’s first modern head of state to appear in the dock, has announced plans to appeal.

France’s former right-wing president Nicolas Sarkozy on Wednesday vowed to “go all the way” to clear his name, two days after being handed a three-year sentence for corruption following a trial he portrayed as a travesty of justice.

A Paris court ruled that the 66-year-old right-winger had formed a “corruption pact” with his lawyer Thierry Herzog to convince a judge to obtain and share information about an inquiry into the financing of Sarkozy’s 2007 presidential campaign.

Sarkozy, who in December became France’s first modern head of state to appear in the dock, has announced plans to appeal.

In two interviews Wednesday he lambasted the verdict and said he was mulling filing a complaint with Europe’s top rights court.

“I never betrayed the trust of the French people,” France’s president from 2007 to 2012 told TF1 channel in a primetime interview, noting that the French court had convicted him of corruption despite concluding that “not a cent” had changed hands and that no favours had been granted.

With three other legal cases pending against him, Monday’s conviction deals a blow to any hope Sarkozy has of making another political comeback after a failed bid to win a presidential nomination in 2016.

Sarkozy, a polarising presence who is a hate figure for many on the left but remains popular on the right, told TF1 he had “turned the page” on his political career.

Despite being given a three-year jail term Sarkozy is not expected to serve time: two of the three years were suspended by the court with the remaining year set to be served at home with an electronic bracelet.

Handing down the sentence, the court said Sarkozy’s crime was “particularly serious having been committed by a former president who was the guarantor of the independence of the judiciary”.

In an interview with Le Figaro daily Sarkozy, a trained lawyer, said the ruling was “riddled with inconsistencies” and was based on “a bunch of circumstantial evidence”.

“Perhaps it will be necessary to take this battle to the (Strasbourg-based) European Court of Human Rights,” he said.

“It would be painful for me to have my own country condemned, but I am ready because that would be the price of democracy.”

The judgement is far from marking the end of Sarkozy’s legal woes.

On March 17, the ex-president is scheduled to face a second trial over accusations of fraudulently overspending in his failed 2012 re-election bid.

In a strongly-worded editorial, the newspaper Le Monde urged Sarkozy to put an end to his confrontation with the French legal system and stop whipping up the anger of his supporters towards judges.

“Today, he is reaping what he has sowed and must consider the advisability of continuing this populist excess, which has not only become a trap for him but a risk for the country,” it said.

But Le Parisien newspaper voiced sympathy for Sarkozy in an editorial by its director condemning the “relentless intransigence” of the judiciary towards the ex-politician.

Staff at the newspaper distanced themselves from the editorial.

Right-wing allies of Sarkozy have rushed to his defence, portraying him as the victim of a witch-hunt by France’s national financial prosecutors.

“When some judges start to play politics, the role of lawmakers is to strongly denounce it,” Guillaume Peltier, the deputy leader of right-wing opposition party The Republicans, told LCI television.

France 24 is Premium Times syndication partner. We have permission to republish.

Blood on Uniforms (2): No justice for inmates killed by Nigerian prison officials

Insecurity: PDP accuses APC of plot to take over Zamfara