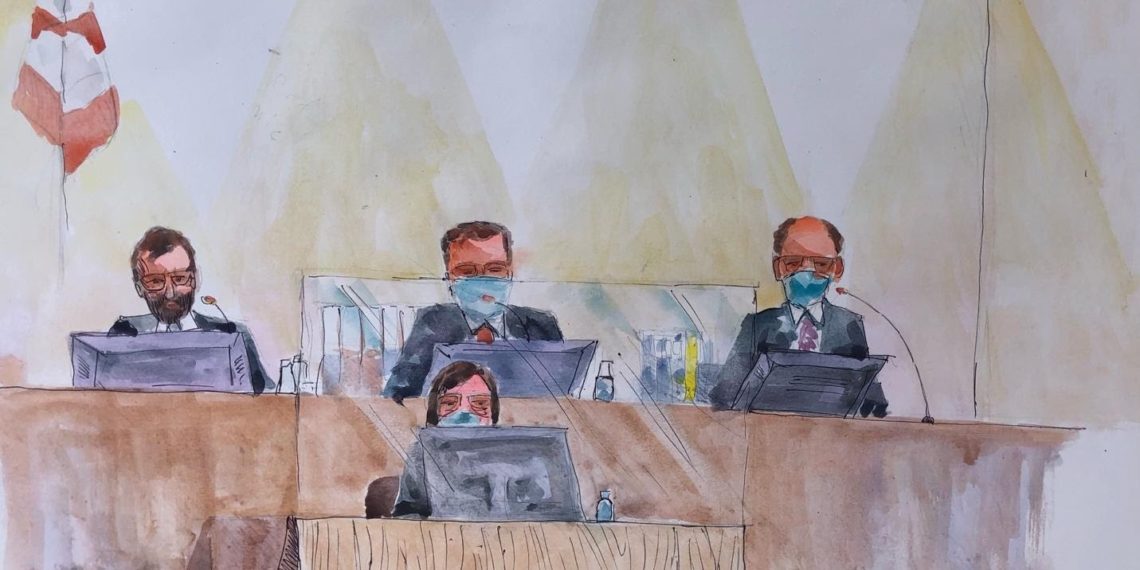 Mr Kosiah is alleged to have recruited a 12-year-old boy in 1992 in Bomi County and used him as child-soldier throughout the first half of the civil war.

Alieu Kosiah should be convicted of all the war crimes charges he faces, jailed for a maximum 20 years and then barred from entering Switzerland for 15 years, prosecutors said on Monday in their final argument four days to the end of the historic trial.

‘“There’s no clean war,’ Kosiah is right,” said Müller, quoting the suspected Liberian war criminal when he appeared in court last Monday. “But war is no exception to the law, the ultimate red line that affects the victims concerns all of humanity. We are here to defend this ultimate red line. No matter how much time has passed, no matter the 5,000 kilometres that separate countries.”

Mr Müller said Mr Kosiah should be given more than 20 years, ruing an old Swiss law that limits penalties for war crimes to that period. Mr Müller pointed to the jail terms handed to others involved in the wars in Liberia and Sierra Leone – Charles Taylor received 50 years, Chucky Taylor 97 and Mohammed Jabbateh, convicted of criminal immigration fraud rather than war crime, is serving a 30-year sentence.

“Alieu Kosiah acted in one of the most cruel conflicts in history, in defiance of the elementary rules of war and above all the very principle of humanity,” Mr Müller said. “So, Judge, don’t sit back and do nothing.”

Mr Kosiah, 45, denies the charges against him, saying that he was not in Lofa County between 1993 and 1994 when the alleged offences were committed.

A permanent resident of Switzerland since 1998, he is the first Liberian to face a war crimes court in connection with the country’s 14-year civil war. He is one of three former fighters of the United Liberation Movement of Liberia for Democracy (ULIMO) to be indicted for crimes related to the war. The others are Mohammed Jabbateh and Kunti Kamara. 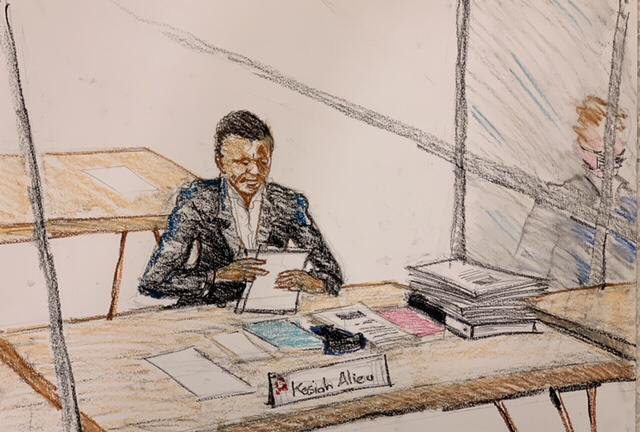 The brother of one of the victims in Zorzor is one of the seven Liberians who filed the case against Mr Kosiah in 2014, which led to his indictment in 2019 and the trial last December. The man, the first plaintiff to testify against Mr Kosiah when the trial began two weeks ago, said he watched the killings at a gas station that day. Mr Kosiah says he came to Zorzor after it had already been captured, a story another ex-ULIMO general corroborated.

But Mr Müller asked the court not to believe the defendant. “The murders took place after Zorzor was taken—one day later, five days later. Regardless, [the first plaintiff] recognized Alieu Kosiah, although in reality, he doesn’t know which commander took the city.”

“Targeting civilians is prohibited! There is no room for interpretation in the law,” Müller said. “It is obvious that the accused knew that even in civil war, one cannot kill a civilian or a captured enemy.”

Mr Kosiah is accused of ordering the looting of two generators as well as palm oil, cocoa and other items from villagers. Plaintiffs say he ordered the civilians to carry those looted goods through routes to the Guinean border via Voinjama and Foya. All of the seven plaintiffs in this case, the prosecution witness and some of Mr Kosiah’s own witness corroborated those claims.

Mr Müller told the court looting was organized under Mr Kosiah. He said the ex-commander had a “business model,” forcing civilians to carry looted goods and ammunitions to the Guinea border. He said taking the goods to Guinea was important to the Mandingo-dominated ULIMO.

He spoke of the alleged looting of generators in Pasolahun and Foya and forced transportations under Kosiah’s order in Kolahun, Voinjama and other places.

“Alieu Kosiah is guilty of looting between July and December 1993, and between March 1994 and December ‘95,” he told presiding Judge Jean-Luc Bacher. “He must be sentenced according to the provisions already cited.”

Mr Kosiah is alleged to have recruited a 12-year-old boy in 1992 in Bomi County and used him as child-soldier throughout the first half of the civil war.

The boy, now 42, who appeared as Mr Kosiah’s own witness last week, told the court he fought and got wounded with Mr Kosiah on the frontline as a bodyguard and had to taste Mr Kosiah’s food to ensure it was not poisoned.

“[The boy] decided to enlist to survive the war and save the lives of those close to him,” Mr Müller said. “Yes, his enlistment was voluntary but the defendant authorized his enlistment and also made him participate in the fighting. The defendant knew he was under 15 years old. He must be condemned for it.”

The trial resumes Tuesday with the final argument of the plaintiffs’ lawyer, Alain Werner.