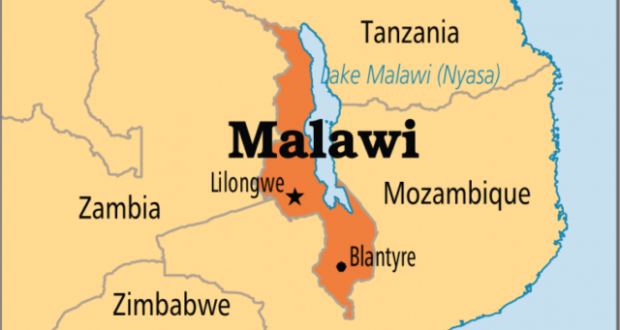 The license fees to grow cannabis amount to $10,000 to cultivate and sell medicinal hemp, and $2,000 for the right to grow and sell industrial hemp.

Malawi’s new Cannabis Regulatory Authority this week said the country is ready to become the latest in Africa to produce the plant for medicinal and industrial use. Malawi farmers, however, say the license fee, up to $10,000, is prohibitively high.

The enactment of a law allowing cultivation of cannabis sounded like good news to Yohane Banda, a farmer in Kasungu district in central Malawi.

Mr Banda believed switching to cannabis would almost triple his earnings from the tobacco he has been growing for the past 15 years.

But now, the license fees required to grow the crop have dimmed his hopes.

“It’s discouraging because in cannabis growing to get the license it’s expensive. They are saying it’s MK 250,000 ($330) per hectare,” said Banda.

“While growing tobacco, you pay according to the quarter that you have been provided with by the Tobacco Control Commission. For example, the starting quarter is 200 kilograms and you pay MK 21,000 ($28).”

The license fees to grow cannabis amount to $10,000 to cultivate and sell medicinal hemp, and $2,000 for the right to grow and sell industrial hemp.

Jacob Nyirongo is the chief executive officer for the Farmers Union of Malawi.

He says the regulatory authorities should have first looked at the market price of the crop before setting the license fees.

“The question is; if you buy a license at $10,000, what kind of market price for cannabis to warrant a farmer to make a profit? If you look at licensing rates for those who trade in products that are manufactured from industrial hemp, you will find that their rates are very low, giving an impression that the law might promote trading other than production,” said Nyirongo.

The Cannabis Regulatory Authority has defended the fees, saying the expectation is that farmers will operate in cooperatives, not individually.

Farmer Banda says registering a cooperative in Malawi is not an easy task.

“It cannot be possible by growing this crop by using cooperatives. You know here in Malawi even to form a cooperative takes a long time, you will face a lot of challenges; paperwork, how cooperatives work; to go to government offices and get a license for a cooperative is a challenge,” said Mr Banda.

Over the years, however, tobacco prices per kilogramme have fallen, largely because of anti-tobacco campaigns and fewer people smoking.

Therefore, growing cannabis is seen as an alternative way of helping the country diversify its agriculture-based economy.

Malawi is now one of five southern African countries — along with Zimbabwe, Zambia, Lesotho and South Africa — that have licensed cannabis for production.

Boniface Kadzamira is the board chairperson for the Cannabis Regulatory Authority.

He says the board has so far received more than 100 applications for licensing which were under review.

“The challenge now is we don’t have seed in the country that people can use. We will rely on the seed that is going to be imported from outside the country,” said Kadzamira.

“And those who did trials, one of them has been given permission to import the seeds and we are hoping the seed will be in the country maybe by the end of December. Definitely there will be late growing by those who are ready to start.”

In the meantime, the government says it will consider reviewing the cannabis license fees, in response to concerns from farmers and other stakeholders.

Why fewer Nigerians are turning out to vote – Yakubu