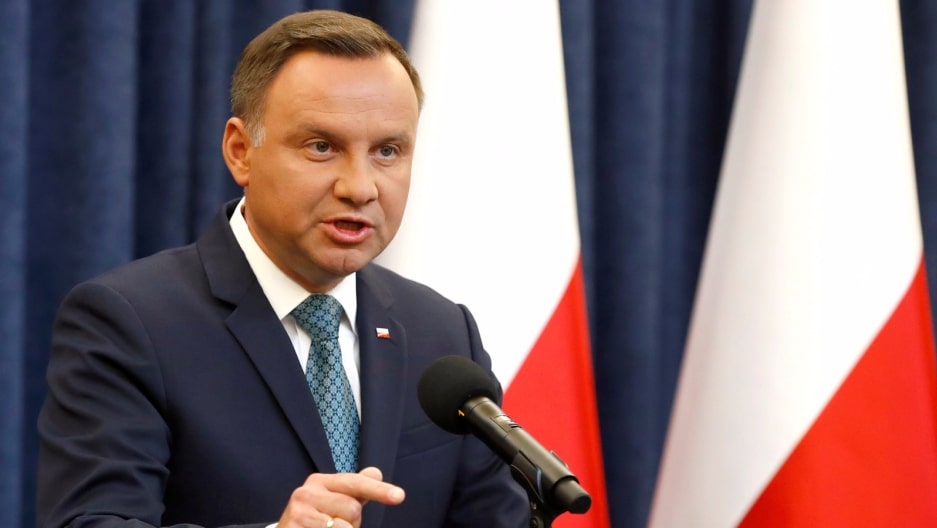 Less than a week before Poland’s second round of presidential elections, incumbent Andrzej Duda presented a draft amendment to the constitution that would ban gay couples from adopting children.

On Monday, the president signed his legislative proposal, which will now be sent to parliament.

“The provision should allow for better care of children’s safety and well-being,’’ Mr Duda said.

These conditions may be difficult to meet in the current political landscape.

Mr Duda is seeking a second five-year presidential term on a campaign of social spending and conservatism in lifestyle issues.

He has portrayed himself as a defender of family values and spoken out against the right of the lesbian, gay, bisexual and transgender (LGBT) community to marry or form civil unions with each other.

Mr Duda’s liberal challenger in the run-off, Warsaw Mayor Rafal Trzaskowski, also said he was opposed to adoption by gay couples, though in the past he has voiced his support for gay marriage.

On Sunday, Messrs Duda and Trzaskowski will compete in the run-off election.

Opinion polls show the two politicians going head to head, with a slight advantage for the incumbent in averages of recent polls.