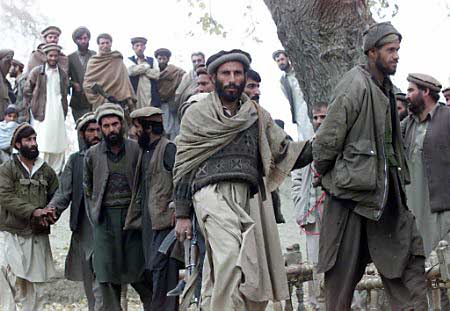 The Taliban militant group on Tuesday rejected a UN report that alleged relations between the group and the al-Qaeda terrorist organisation, calling them “baseless” and “bigoted.”

“The Islamic Emirate strongly rejects the contents of this report,” the Taliban said in a statement, using the name the group used in Afghanistan when they were in power.

The UN reported that the Taliban has assured al-Qaeda their historical ties will remain, despite the militants’ commitment with the U.S. that it will break ties with all terrorist groups in return for the withdrawal of international forces from Afghanistan.

“The Taliban regularly consulted with Al-Qaeda during negotiations with the United States and offered guarantees that it would honour their historical ties,” the report said.

The U.S. special envoy for Afghan peace, Zalmay Khalilzad, had on Monday said that the UN report covers the period until March 15, just two weeks after the U.S.-Taliban agreement was signed.

Khalilzad added that the U.S. was monitoring Taliban compliance with the agreement.

The militant group also reiterates that it is committed to the agreement signed with Washington.

“The Islamic Emirate, in accordance with the Doha agreement, will not allow anyone to use the soil of Afghanistan against anyone else or maintain training camps or use our soil to fundraise against others.”

According to the UN report, al-Qaeda’s senior leadership remains in Afghanistan. It estimates that between 400 and 600 al-Qaeda fighters are currently in the country.