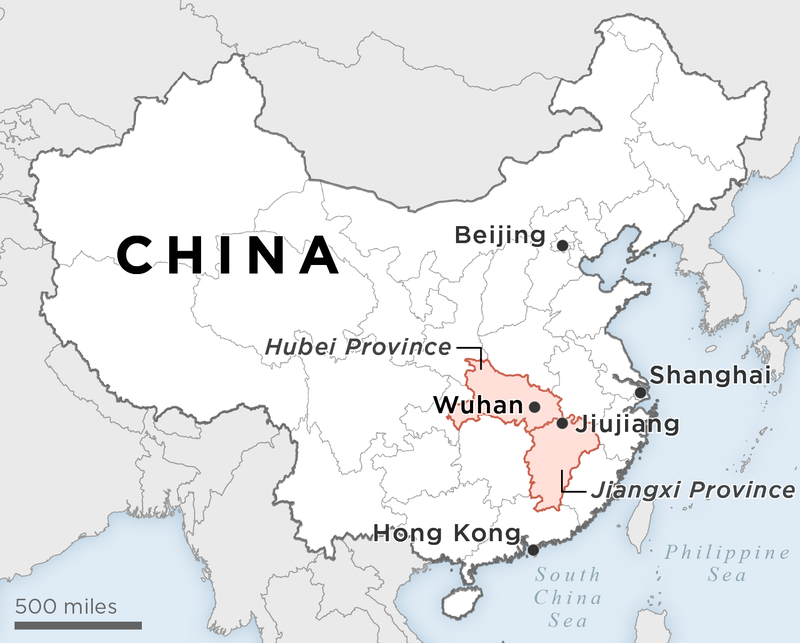 Coronavirus reemerges in Wuhan, 11 million residents to be tested

The reemergence of new coronavirus cases in Wuhan, the birthplace of the now deadly pandemic, is sparking fears of a fresh wave of infections in China with authorities directing the testing of all 11 million residents of the city under 10 days.

According to a widely circulated document from Wuhan’s anti-virus department cited by several Chinese local media, authorities in Wuhan ordered all districts in the city to submit a plan by Tuesday, detailing how they would conduct the testing of every resident.

The document, which refers to the test plan as the “10-day battle”, according to BBC, demands each district to draw its own plan based on the size of their population even if there is no active outbreak within.

Six new locally transmitted cases were reported within one district in Wuhan on Sunday more than a month after no infections have been seen in the entire city.

Even though COVID-19, the potentially dangerous pneumonia-like disease caused by the coronavirus, is said to have emanated from a local Wuhan market to spread to almost 200 countries, claiming nearly 300, 000 lives and sickening more than four million in five months, Chinese authorities have led the fight against the contagion.

China managed to contain the spread of the virus through rapid testing, fumigation of entire streets, adherence to safety guidelines and restrictions that locked down hundreds of millions of residents for 11 weeks from mid-February to early April when the total lockdown was lifted.

From April 3, no new local infections were reported in the Asian country until the contagion resurfaced in Wuhan over the weekend.

The ambitious 10-day target of testing everyone in the city of over 11 million, which is now reopening after being the first to be sealed off on January 23, underlines China’s anxiety over the resurgence of the virus which infected more than 82,000 of its people, killing over four thousand.

Although the few newly reported cases in Wuhan are asymptomatic and appear under control, experts said they highlight the risk China could face in another large-scale spread.

According to the testing plan, older people and densely populated communities will be prioritised as some officials quoted by the Global Times newspaper suggest that testing an entire city in just 10 days would be difficult and costly.

What started as an epidemic of a few infections in late 2019 would soon become one of the world’s most fatal pandemics. On December 31, health authorities in Wuhan said they were treating dozens of cases of an unknown virus. At the time, there was no evidence that the COVID-19 was readily spread by humans.

Health officials in China said they were monitoring it to prevent the outbreak from developing into something more severe. But shortly and rapidly, the virus started spreading from that first cluster in the capital of China’s Hubei province and then into a full-blown pandemic that brought the world’s economy to its knees.

The origin of the rare disease that potentially makes breathing extremely difficult has been strongly linked to Huanan seafood market in Wuhan. Pangolins, a scaly mammal the International Union for Conservation of Nature described as “the most illegally traded mammal in the world” prized for the claimed medicinal properties of their scales, was fingered by several researchers.

Some scientists also suggested the virus originated in bats.

There is yet no definitive evidence of the origin of the virus.

But the fact that zoo tigers, lions and other big cats are testing positive to the virus suggests that the disease can move from humans to animals and vice versa.