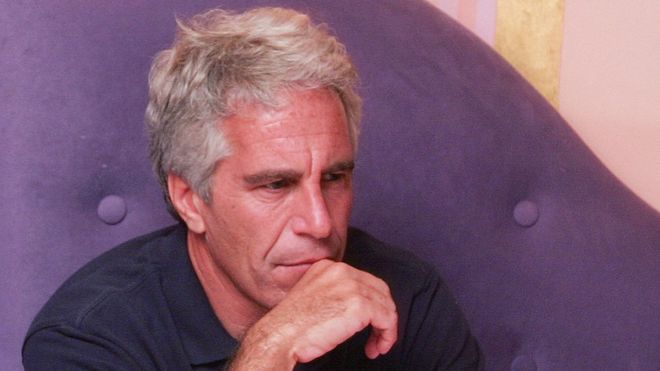 Tova Noel and Michael Thomas have pleaded not guilty to charges they filed false paperwork while on duty in the Special Housing Unit at Metropolitan Correctional Center (MCC) in Manhattan, where the multimillionaire was being held.

A false records charge carries a maximum sentence of five years. The evidence will include hundreds of hours of video footage.

Prosecutors said that on the night of Epstein’s suicide, Noel and Thomas slept at their desks and browsed the internet.

The correctional officers were required to conduct several headcounts of inmates, as well as “rounds” every 30 minutes.

Prosecutors say they filled out paperwork falsely indicating they had fulfilled their duties.

Epstein was found dead in his cell on August 10.

He was awaiting trial for sex trafficking.

Thomas’s attorney, Montell Figgins said that a critical part of his defense will be an upcoming report by the Department of Justice watchdog on Epstein’s suicide.

It’s unclear when the report will be released, but it’s expected to address widespread failures at MCC.

The federal lockup, like the rest of the Bureau of Prisons (BOP), has faced chronic staffing shortages and budget woes.

Epstein was without a cellmate the night of his suicide, though BOP policies required he has one.

“For this to happen, the system needed to fail,” Figgins said.

Torres denied a request from Noel’s attorney, Jason Foy, that she be allowed to keep her firearm while awaiting trial. Foy said that the corrections officer feared the media.

Both corrections officers, who are out on 100,000 dollar bond, believe they are scapegoats for much larger problems within the federal corrections system.

“Have you seen a case like this in the Southern District of New York?” Foy asked after the hearing, adding, “I’m still trying to find one.” (dpa/tca/NAN)

UPDATED: Protest in Zamfara over ‘arrest’ of APC Stalwart