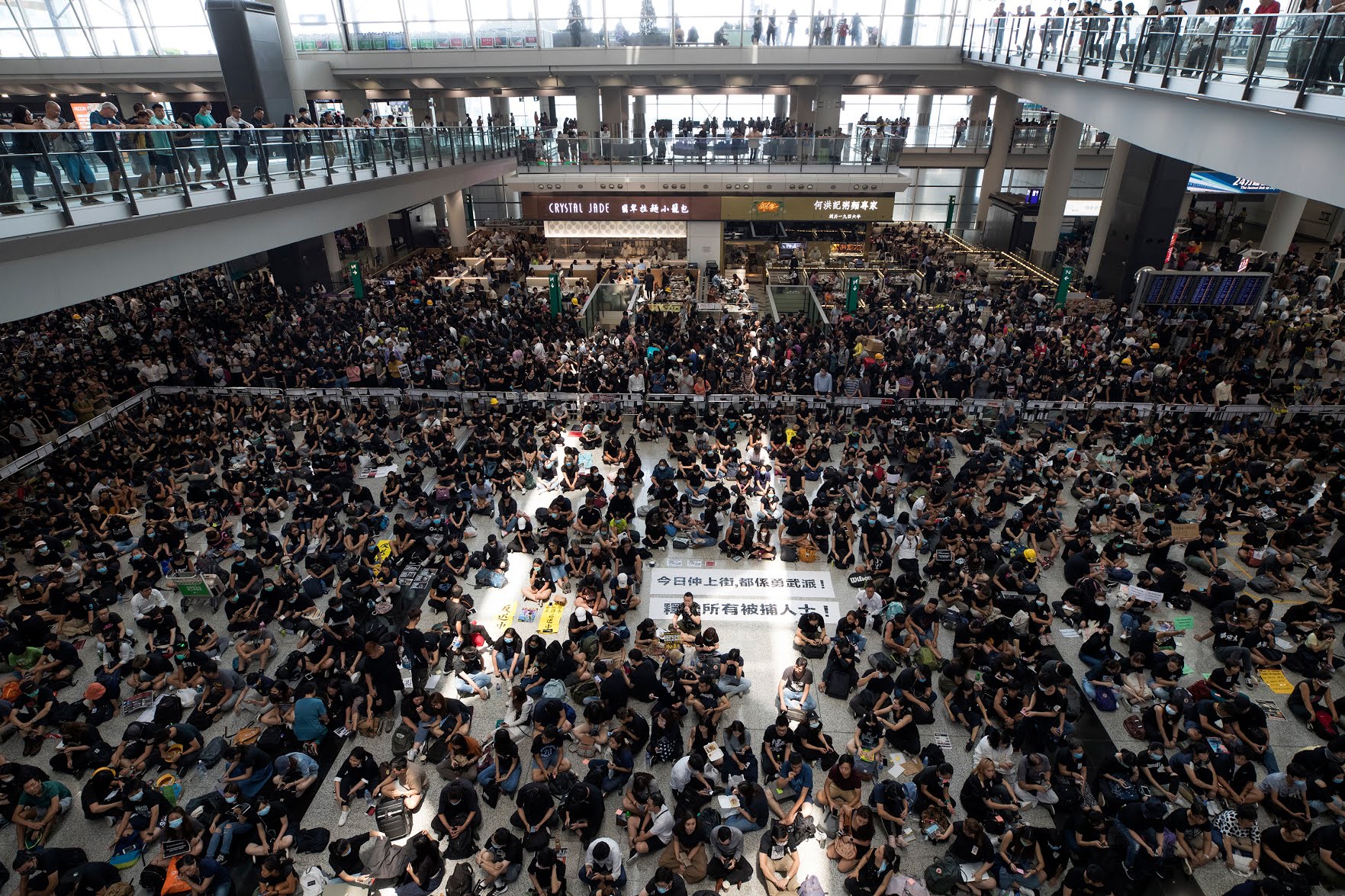 Flight operations at Hong Kong International Airport, one of the world’s busiest terminals, have been disrupted for a second day on Tuesday.

All check-in services have been suspended in the afternoon due to pro-democracy demonstrations, according to Hong Kong’s largest carrier, Cathay Pacific.

“Terminal operations at Hong Kong International Airport have been seriously disrupted as a result of the public assembly at the airport today,” officials said in a statement.

“Other departure and arrival flights for the rest of the day will continue to operate, and airlines will provide arrangements for passengers who have not completed the departure process.”

Hong Kong-carrier Cathay Pacific warned in a separate statement that there was a potential for further flight disruptions at short notice.

The protesters have been demanding a full-fledged democracy for Hong Kong and total independence from China. The city-state has existed as an autonomous region of China since 1996.

The protests were sparked by a bill that sought extradition of criminal suspects to China. The bill had since been stepped down, but citizens have resolved that it was not enough and continued their sit-ins into the third month.

World leaders have called for restraints from all parties in the dispute, as China gets increasingly impatient over the economic disruption being caused by the protests.

About two-dozen tanks were filmed riding towards Shenzen, a mainland China city closest to Hong Kong. The video surfaced hours after China asked the protesters to stand down, slamming their demonstration as “terrorism” and warning of grave consequences.

Analysts have been predicting that China would ultimately move to quell the protest as it becomes increasingly difficult for Hong Kong police to contain the protesters.

It, however, remained largely unpredictable whether the Chinese government would risk another crackdown on pro-democracy campaigners in a manner similar to the 1989 violence in Tiananmen Square.