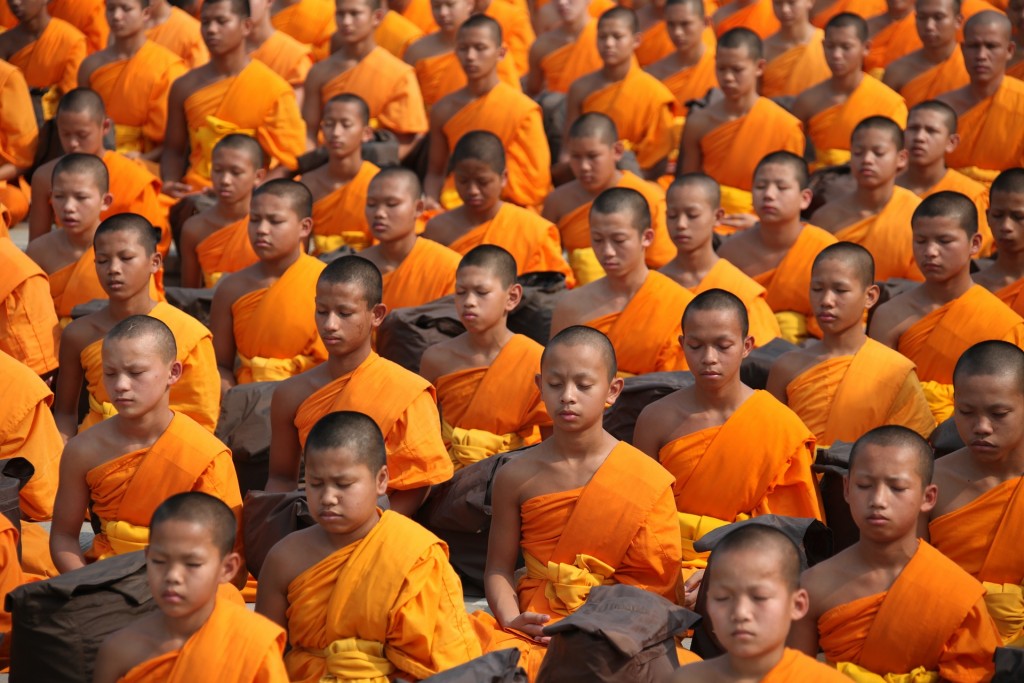 A criminal court in Bangkok on Thursday sentenced a former Thai Buddhist monk who provoked outrage with his lavish lifestyle to 114 years in prison for fraud, money laundering and computer crimes.

Wirapol Sukphol, who was seen in a YouTube video in 2013 holding wads of cash on a private jet, returned to Thailand in July 2017 after being extradited from the U.S. where he had fled.

Mr Sukphol, formerly known by his monastic name Luang Pu Nenkham, was expelled from the monkhood in 2013 after the video surfaced.

He was accused of having sexual intercourse – a grave offense for monks – with an underage girl, among other charges.

He later fled to the U.S.

Mr Sukphol, though, will only serve 20 years because Thai law stipulates that is the maximum for someone found guilty of multiple counts of the same offense.

“He committed fraud by claiming to have special power to lure in people and he also bought many luxury cars which is considered a money-laundering offense,” an official at the Department of Special Litigation told Reuters.

The official declined to be identified because he is not authorized to speak to the media.

“The court found him guilty of multiple offences which resulted in a 114-year jail term when combined, which means he will actually serve 20 years in jail,” he said.

Neither Mr Sukphol nor his lawyer was available for comment.

He faces separate charges of child molestation and child abduction. A verdict in that case is expected in October.

Mr Sukphol’s high-profile case highlighted a series of sex and money scandals that have rocked Thailand’s Buddhist clergy in recent years, resulting in calls for reforms of religious institutions.

The military government that came to power after a 2014 coup has stepped up efforts to clean up Buddhism by arresting monks involved in corruption scandals.

The military also introduced a bill that reduces the influence of Buddhism’s Sangha Supreme Council, the governing body of Buddhist monks.