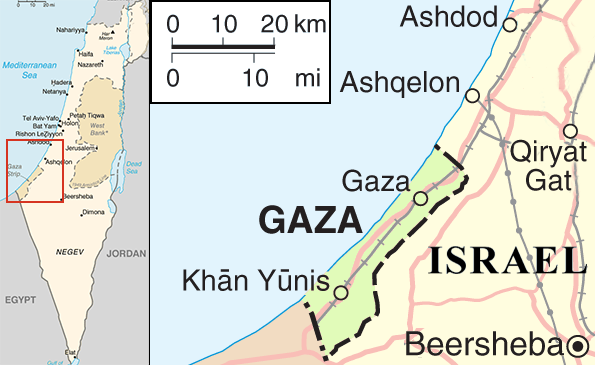 The UN Secretary-General, Antonio Guterres, has voiced deep concern over the latest flare-up of violence around Gaza, urging all sides to “step back from the brink of another devastating conflict”.

The Secretary-General said in a statement: “I am gravely concerned over the dangerous escalation of violence in Gaza and southern Israel.

“I deeply regret the loss of life. It is imperative that all sides urgently step back from the brink of another devastating conflict.”

On March 30, Palestinians in Gaza – controlled by Hamas, a militant Palestinian faction – started a mass protest against a blockade of the enclave imposed by Israel since the early 1990’s.

The confrontation between the two sides has since escalated.

A fourth Palestinian was suspectedly killed by Israeli gunfire during a protest near the border.

Guterres called on Hamas and other Palestinian militants in Gaza to cease the launching of rockets and incendiary kites and provocations along the enclave’s border fence.

“Any further escalation will endanger the lives of Palestinians and Israelis alike, deepen the humanitarian catastrophe in Gaza and undermine current efforts to improve livelihoods and support the return of the Palestinian Authority to Gaza,” he said.

The Secretary-General also encouraged all to engage with the UN, and particularly his Special Coordinator, Nickolay Mladenov, and work to find “a way out of this dangerous situation.”

I will return Adamawa to PDP – Atiku