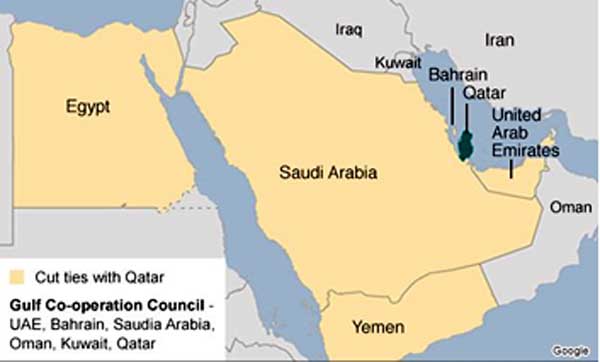 Qatar has accepted the invitation by Kuwait to attend the upcoming summit of the Gulf Cooperation Council, GCC, in Kuwait, Qatar’s English newspaper Gulf Times reported on Monday.

Speaking at a forum organised by the Arab Centre for Research and Policy Studies in Doha, Qatar’s Foreign Minister, Mohamed Al-Thani, stated that Qatar has accepted the invitation to attend the summit, amid the region’s worst political crisis in years.

“It is important that the GCC system remains alive,” he added.

Mr. Al-Thani commented on the accusations of supporting terrorism by its neighbours, saying “they are baseless.”

“These accusations have been only claims and nobody has submitted any proof yet.”

Earlier, Kuwait sent out invitations to the GCC member states, but it was not clear whether the other leaders would attend the summit.

The GCC council is a political and economic alliance of countries in the Arabian Peninsula.

It’s scheduled to hold the ministerial meeting Monday evening and the leaders meeting on December 5.

On June 5, Saudi Arabia, the United Arab Emirates (UAE), Egypt and Bahrain cut diplomatic ties with Qatar and imposed a land, air and sea blockade on their Gulf neighbour.

The Gulf accused it of financing “terrorism” and maintaining too close of ties to their regional rival, Iran. Doha denies the allegations.