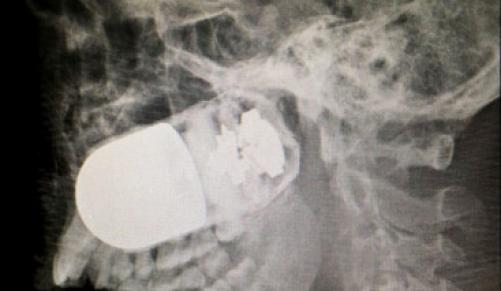 Colombian military doctors have removed a live grenade from the head of a soldier, a media report said on Friday.

It said that a soldier accidentally fired a grenade launcher during a patrol in Arauca, in the eastern part of the country, leaving a grenade embedded in his comrade’s head.

Transporting the victim by helicopter was too dangerous so the soldier was taken by ambulance to a military hospital in the capital Bogota.
However, the journey lasted eight hours.

It said the doctors built an improvised operating theatre in the car park due to the danger of the grenade exploding.

“Five minutes were decisive, if the grenade had exploded, there would have been a tragedy.

“The patient’s condition has been stable since the operation on Sunday, however, up to four more operations will be needed to rebuild the soldier’s face,’’ Maldonado said. (dpa/NAN)