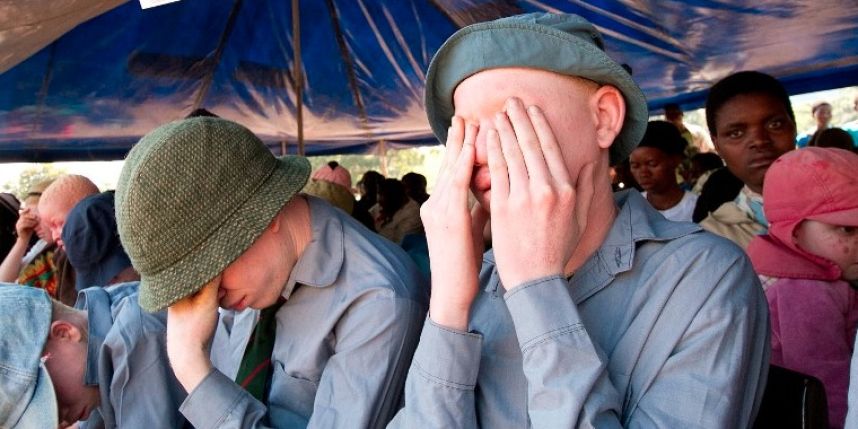 Amnesty International has condemned the rising cases of killing for ritual purposes of people with albinism in Malawi.

“Four people, including a baby, were murdered in April 2016 alone,” the report revealed.

AI said despite the increasing violence targeted at people with albinism, the Malawian authorities have “dismally failed” in protecting them.

“The unprecedented wave of brutal attacks against people with albinism has created a climate of terror for this vulnerable group and their families who are living in a state of constant fear for their lives,” said Deprose Muchena, Amnesty International’s Director for Southern Africa.

“Malawian authorities have dismally failed them, leaving this population group at the mercy of criminal gangs who hunt them down for their body parts.”

Though record shows that since November 2014, no fewer than 18 people have been killed and five abducted without a trace, AI believes that more people with albinism may have been killed as the practice of killing them for ritual purposes is most rampant in the rural area where many of these killings go unreported.

“Their bones are believed to be sold to practitioners of traditional medicine in Malawi and Mozambique for use in charms and magical potions in the belief that they bring wealth and good luck. The macabre trade is also fuelled by a belief that bones of people with albinism contain gold.

“Amnesty International believes that the actual number of people with albinism killed is likely to be much higher due to the fact that many secretive rituals in rural areas are never reported.

“There is also no systematic documentation of crimes against people with albinism in Malawi,” the report says.

According to AI, women and children living with albinism are particularly vulnerable to attacks, sometimes perpetrated by their relatives.

FEATURE: 50 prominent Nigerians with surnames derived from names of their hometowns