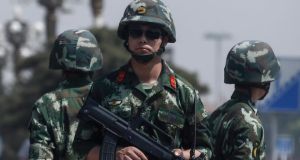 The development is a rare outbreak of gun violence in a country where firearms are tightly controlled.

Mr. Shuangrui was trapped in his house and found dead when police broke in around dawn, it said, adding the cause of his death was not yet known.

State television had said Liu had been shot.

The media carried pictures of a news release from the government which said the 55-year-old Liu was bipolar.

Gun violence is unusual in China as private gun ownership is restricted.

However, in December, an employee of China’s central bank shot and killed two colleagues at the branch he was working at in the north eastern province of Liaoning.