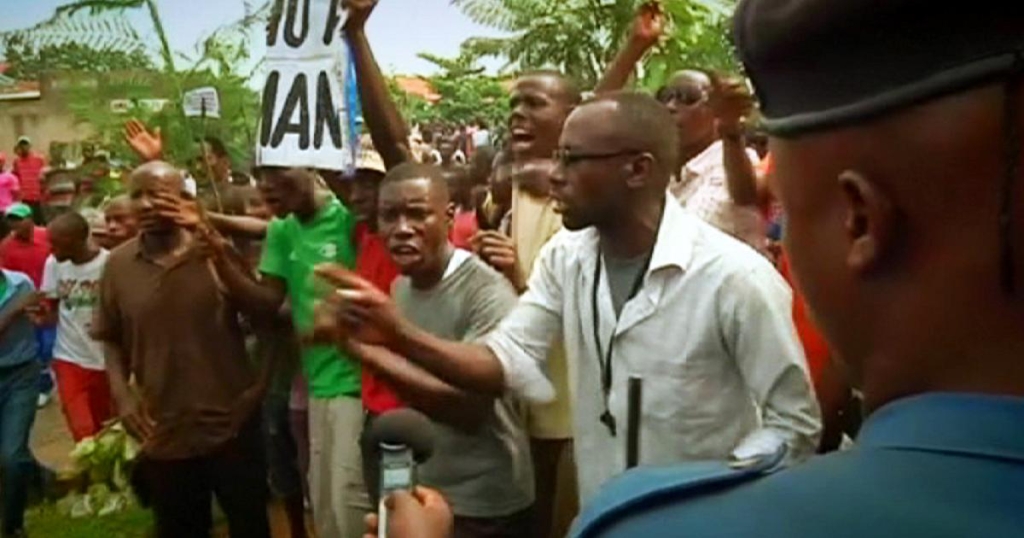 The leader of the opposition Union for Peace and Development, UPD, in Burundi has been shot dead in the Bujumbura, the country’s capital, Police spokesperson has confirmed.

Mr. Feruzi’s bloodied body was found in the Ngagara district of Bujumbura on Saturday evening.

He was killed amid turmoil mainly arising from President Nkurunziza’s decision to seek a third term in office.

According to residents, quoted by Aljazeera, a third person, believed to be another police officer tasked with protecting Mr. Feruzi, was seriously injured in the incident

“We heard around 20 gunshots, everyone fell to the ground, people saw a Toyota car speeding away,” said a neighbour, who did not witness the shooting himself, but quoted a resident.

About an hour after the attack, police had yet to arrive at the scene, according to the AFP news agency.

President Pierre Nkurunziza’s office said it was “very moved by the assassination.”

The killers have not yet been identified, Mr. Nkurunziza’s office said in a statement

Meanwhile, activists on Sunday said they were suspending talks with the government over the murder of Mr. Feruzi.

Condemning “an awful act”, activists said in a statement they were “suspending participation in dialogue with the government.”

Tensions continue to mount in Burundi following a month of protests against Mr. Nkurunziza’s bid for a third term in office.

APC to hold retreat for House of Representatives members-elect