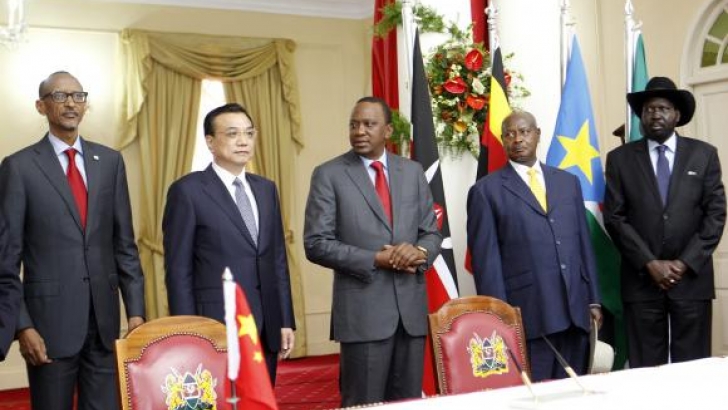 China has pledged to sustain the on-going diplomatic and development initiatives between it and African nations.

Speaking at a world news conference in Beijing on Sunday as part of activities to mark the Communist Party activities for 2015 and to review achievements recorded in 2014, the country’s Minister of Foreign Affairs, Wang Yi, said Africa remained a traditional friend of China.

“We are determined to consolidate on so many on-going projects and bilateral relations entered into in 2014, that will be beneficial to both parties.

“We have also remained friends, even during trying periods like the time of outbreak of Ebola disease, when over 1,000 Chinese medical doctors actively participated in trying to contain the situation.

He said that based on agreement with the African Union , a permanent Mission has been created at the AU office in Addis Ababa as part of efforts at forging closer relations.

The Minister also said that arrangements had been concluded for the sixth ministerial conference for China and the AU to be held before the end of the year. He said the conference would consider pending issues and more areas of cooperation.

Mr. Yi said China would be more involved in Africa in Industrial, Health and Security cooperation in 2015 as a way of consolidating the gains in 2014.

He said China’s diplomacy in Africa remained unchanged, with as emphasis on diplomacy of non- interference but “win-win” situation and not the “winner takes all”.

On international cooperation against corruption, the official said China would continue to go after corrupt people in and outside the country, as 91 anti-corruption treaties had been signed.

“We need to sign more in future; we appreciate the support of international communities in our war against corruption,” he said.

On global terrorism, the minister said that the problem had remained a global challenge, of which China had been playing an active role to contain.

“Our approach has been common sense approach; listen to all sides, remove the breeding grounds, attack the causes and respect other views.”

`This has been our approach and we have been working with others to resolve issues in troubled spots,” he added.

On Iranian nuclear issue, he said China had been part of the negotiation team, adding that a comprehensive settlement would be reached that would halt nuclear proliferation.

“No doubt there are some uncertainties but there is light ahead through political settlement.

Earlier the Minister of Commerce, Gao Hucheng, had said that China enjoyed the cooperation of African countries in bilateral trade, leading to huge investments in Africa.