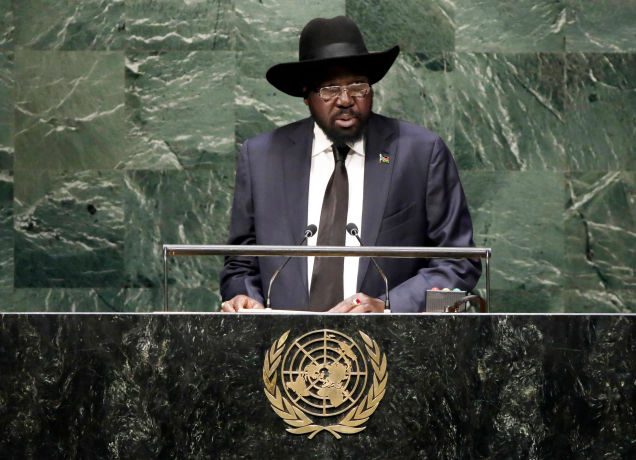 South Sudan to call off elections

The spokesperson for the South Sudan government, Michael Makuei, has said that the government planned to call off the elections scheduled to hold in June.

He announced on Saturday in Juba that the government was also planning to ask the parliament to extend President Salva Kiir’s term of office.

Mr. Makuei said that the proposal to extend Kiir and parliament’s terms of office would be presented to lawmakers on Tuesday.

He said Mr. Kiir`s and parliament’s terms of office would end in July and the two sides would require transitional arrangement.

The spokesperson said that the cabinet decided on Friday to give peace a chance by calling off the elections and amending the constitution.

Mr. Makuei said the proposal to extend the terms of office was aimed at avoiding any power vacuum in the event that the government failed to reach a permanent deal with the rebels in the troubled country.