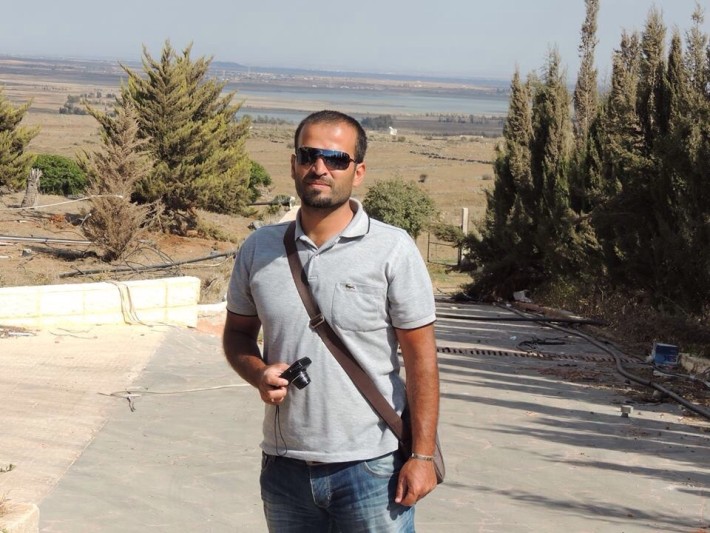 Al Jazeera Media Network sadly announces the killing of its Arabic correspondent in Syria, Mahran Al Deeri, on Wednesday, 10 December 2014, while covering battles in the city of Al Sheikh Maskin in rural Daraa.

According to his family members, Mahran was killed while taking cover from regime fire as his car hit the vehicle of rebel fighters when he turned off his headlights to avoid being targeted. This is the same area where three other journalists from the Orient Network were targeted and killed three days ago.

Mostefa Souag, Al Jazeera’s acting director general, said: “Our martyred colleague Mahran Al Deeri has worked with Aljazeera.net for over a year and was known for his courage, bravery and professional coverage of the Syrian revolution in the area of Daraa and its suburbs.

“Targeting journalists will not deter us from reporting the truth which we have been committed to for over 18 years. Throughout our years of coverage, we have lost many colleagues on this mission but our brave journalists are committed to this, despite the constant dangers and challenges.“

Mahran was from Al Sheikh Maskin in Daraa, where he was born in 1983 and excelled in studies. He studied media in Damascus University and graduated in 2008, when he worked for SANA, the government news agency. He was married and had two children.

Mahran left SANA very early on at the start of the Syrian revolution, as he believed the agency was reporting false news on the Syrian people.

Because of the constant shelling of Daraa by regime forces, he fled temporarily to Jordan, but he rejected the fate of a refugee and returned to Daraa shortly afterwards to do independent journalism.

Mahran came to Aljazeera.net (Al Jazeera’s Arabic online platform) as a freelancer in October 2013 to report on the revolutionaries in the area of Houran.

“He was one of the most competent correspondents,” say his colleagues at Aljazeera.net, where he was known for thoroughly verifying his sources before submitting a story. “He was daring and courageous. Whenever he was warned about reporting in a dangerous area, he would always reply, smiling, ‘Freedom comes with martyrs, and journalism without sacrifice is a false testimony’.”