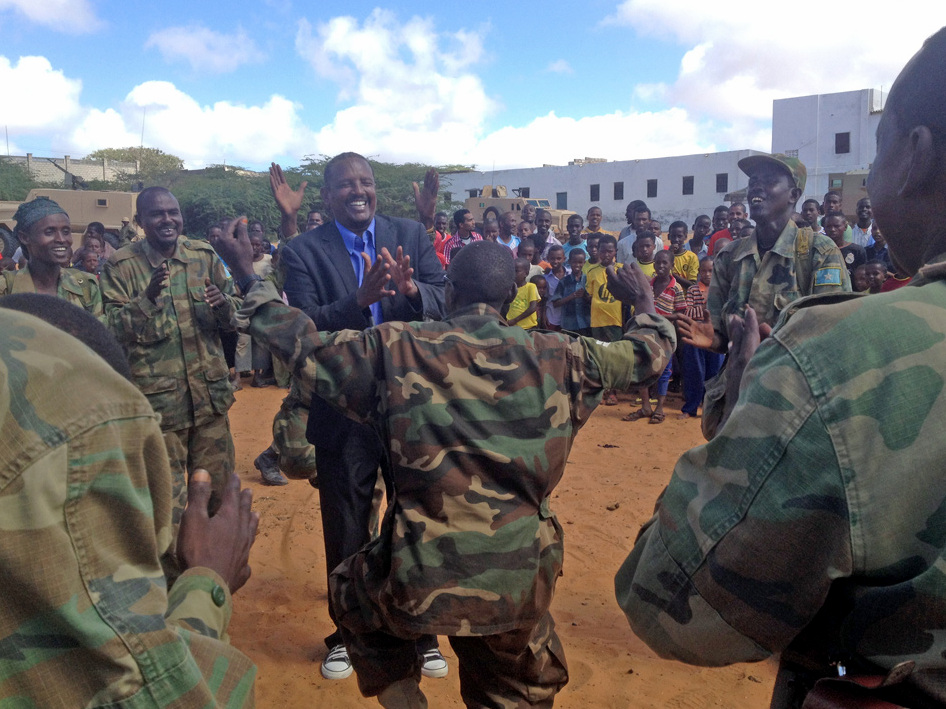 This was Mr. Olum’s last offensive as sector commander, as his one-year term comes to a close.

The African Union said al-Shabab was using the town, which the al-Qaeda-linked fighters had held for six years, as a base to launch attacks on Mogadishu, the capital.

A warning shot at 0100 G signified the start of the Hostility Hour or H-Hour, before Mr. Olum and 1500 strong African Union Mission To Somalia (AMISOM) forces, together with Somalia National Army, entered Baraawe at 02h00, meeting very little resistance.

“We faced some resistance on our way in but they are no match for us,” Mr. Olum told Al Jazeera’s Catherine Wambua-Soi, who was embedded with the AMISOM forces on their 220km, two-day journey to Baraawe. “They were actually retreating. They have been leaving in boats – heading southwards towards Jilib.”

In Baraawe, the special forces went door to door, checking for elements from the militant group and any improvised explosive devices they could have left behind.

The town residents, too afraid to venture out, peeped at the advancing troops from their houses.

However, by midmorning, residents started streaming into Sheikh Mahmoud Stadium. This is where al- Shabab militants had carried out their street justice with public stonings and arbitrary executions, even as recently as a few weeks ago, but yesterday the residents of Baraawe cheered on their Army and welcomed their government for the first time since the collapse of Somalia in 1991.

In his first visit since 2008, Abdikadhir Sheikh Mohammed Nor, the Governor of Lower Shabelle, danced with the people, promising them better days and more freedoms under his leadership and that of the Somalia central government. In front of a cheering, curious crowd, the governor honored his promise to cut his hair once Baraawe was liberated.

However, a new haircut is only just the beginning; the residents of the town told the governor that they want peace and a government that will bring change to their lives.

Catherine says the mood among the AMISON troops is optimistic. “This is a major victory for them, taking Baraawe. It was one of the main strongholds, the main port, their economic hub as well as their logistical center, the port they used to bring in fighters and weapons… Losing Baraawe is a big loss for al-Shabab, which is why the confidence is being felt so much here, because they’re saying if they can take Baraawe with so little resistance, then there’s no where else they can’t take… They’re saying that very soon they’re going to take all the territory that al-Shabab is still holding.”

Watch the report below:

Why “ponmo” consumption is dangerous to health — Official

Why “ponmo” consumption is dangerous to health — Official