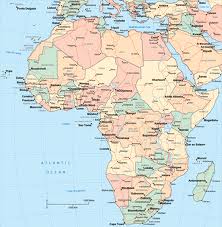 Kigali, Rwanda — Amelia Kyambadde, Uganda minister for trade, industry and cooperatives, has some 30 years of civil service in her resume, but even with a mission that keeps her on a round-the-clock schedule, she still finds the time to champion for women’s rights.

This is how, working with other lobbyists, she managed to convince the Ugandan government to pass legislation that gives women a stake in the family’s land.
“Previously the men would sell the land without consulting their spouses,” Kyambadde points out. “But recent land legislation requires the husband to consult the wife before any transactions are made.”

Cutting a formidable mien with an engaging lilt, the minister commands attention even when the odds are stacked against her.

She would like to exploit this gift to square off another challenge that has been “weighing her country down” – polygamy.

“Polygamy has been a problem in Uganda when it comes to land,” says Kyambadde. “The men who have many wives are not sure which one to consult in land matters.”

Critics may dismiss the legislator’s concern as a Ugandan affair. But for those who investigate further however, polygamy has played its fair share of stalling Africa’s Small and Micro Enterprises (SMEs) growth.

For instance, argued a delegate during the 14th World Export Development Forum (WEDF), organized along with 3rd Women Vendors Exhibition and Forum (WVEF) in Kigali, Rwanda, polygamy has proved a serial business killer when it comes to family succession.

“Where the founder of the business passes on and has not passed the skills to a successor, the business often collapses because the spouses will be fighting for ownership,” argued a delegate.

Minister Kyambadde says she is not a leader who would interfere with society’s culture and values, but for the sake of the family, she pleads, it is reasonable to protect the home by investing in women’s collateral.
It is in this context that the legislator, along with other African leaders, is calling on governments to raise procurement opportunities for women entrepreneurs to a 10 percent stake.

Presently, women-owned SMEs only access about one percent of the global public procurement market, which is worth around US$ 15 trillion a year, says Arancha Gonzalez, the Executive Director of the International Trade Center (ITC), the main organisers of the forum.
On the many occasions she has interacted with trade, Gonzalez says, she discovered women-owned enterprises remain the most buoyant. But a growing number of hurdles stand in the way of progress.

Access to finance, market intelligence, restrained capacity, and lengthy procedures are some of the challenges that women continue to face, she says.
And there is another challenge that continues to confine SMEs in the financial hole – Intellectual Property Rights (IPR).
According to Dan Awendo, the chief executive officer at InvesteQ Capital Limited, Africa’s SMEs have not matured to the level of exit investment. And so most cannot stand the dynamic pressures of the market if they are not well protected.

“IPR can be a solution to many SMEs business ownership, including those associated with family succession,” argues Awendo. “With IPR, a business has the opportunity to last longer and continue making money not only for a country, but also for Africa.

But the cloud should not obscure the silver lining.

In the week-long that the meeting hosted more than 1,200 delegates, 44 letters of intent to do business were signed between women entrepreneurs and prospective investors. This accounts to about US$ 5.5 million worth of business, officials said.

At the same time 600 business-to-business meetings were held, and a hundred lead to trade deals.

For instance, in Rwanda, a Business Development Fund (BDF) has been established. It gives a guarantee of up to 70 per cent of loans that SMEs can access from any bank in the country, says Claire Akamanzi, RDB Chief Operating Officer.

According to her, the Fund has signed an agreement with commercial banks in Rwanda, where they undertake to pay up to 70 percent of the loan portfolio in the event it is unpaid by an SME, leaving an exposure of just 30 percent.

“That is very encouraging because it reduces the risk of bad loans, says Akamanzi. “This is a Fund that women can access without collateral.”

African governments, she says, should establish Business Development Centers across their countries, where SMEs, can access tailor-made and generic services, such as writing business plans and proposals, as well as gain skills in business accounting.

Namadi Sambo a nobody in Kaduna politics – El Rufai