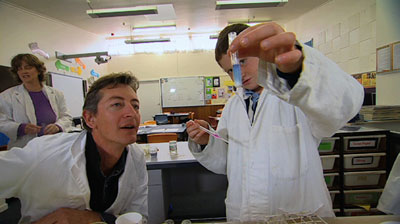 Scientists find cause of death of ancient baby mummy

Scientists in Germany on Tuesday attributed the death of the Detmold Child, one of the oldest known mummies in the world, to a rare but serious heart defect.

Scientists say they have found the cause of death for an approximately 6,500 years old ancient baby mummy.

Official at the Lippe State Museum in the German city of Detmold, where the mummy was on display, said scientists and heart specialists at the North Rhine Westphalia Heart and Diabetes Centre, HDZ NRW, used a high-resolution CT scanner on it.

They said it was a rare congenital condition in which parts of the left side of the heart do not develop completely.

“The child eyes closed, arms folded and legs hunched, is thought to have been about 10 months of age at the time of death,” the official said.

The research finding suggested that several years ago the mummified corpse was radio-carbon dated to 4504-4457 BC, making it nearly twice as old as the mummy of the Egyptian Pharaoh Tutankhamun, popularly known as King Tut.

Nikolaus Haas, a paediatric cardiologist at HDZ NRW said the untreated, HLHS leads to her death in early infancy.

He said the survival rate with modern treatment was more than 70 per cent.

The official said it recently completed a three-year tour as part of the Mummies of the World exhibition in various U.S. cities.