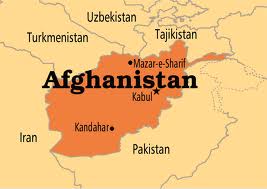 The police officer was arrested.

Three U. S. doctors were killed and one person injured on Thursday when an Afghan policeman opened fire on them at a hospital in Kabul, a government official said.

Sediq Sediqq, the spokesperson of the Interior Ministry, said a policeman who was a guard at the Cure Hospital fired at some doctors at the hospital, which was run by a U.S. charity, and funded by USAID.

He said the attacker was injured as well and now in police custody, while investigation was on going.