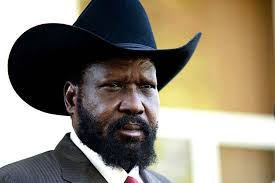 The rebel leader wants political detainees released before a deal

A demand by South Sudanese rebel leader and former vice president, Reik Machar, for the release of all detainees has stalled ongoing efforts at reaching a ceasefire.

Mr. Machar, has insisted on the release of political detainees as a pre-condition for signing a peace deal.

United States envoy to Sudan and South Sudan, and leader of the envoys to the peace talk, Donald Booth, told journalists on Sunday in Addis Ababa that Mr. Machar had during a three-hour meeting with the mediators on Saturday also expressed concern about the involvement of the Ugandan Army in the conflict.

Mr. Machar equally expressed the fear that the South Sudanese Government may not respect whatever agreement was signed at the peace meeting.

“Three envoys including the U.S., the UK and Norway joined the mediators, on Saturday on a trip to visit Reik Machar, engaged him for three hours and moved him towards having a facility for cessation of hostilities signed for the benefit of the people of South Sudan,” said the envoy.

He expressed optimism that an agreement was in sight in spite of the set back from both parties in the conflict.

More than 1,000 people had been killed and another 200,000 displaced since the conflict started in December 2013, according to the United Nations.

Spokesperson of the South Sudanese Government at the ongoing peace talks, Michael Makuei, said the government would not release the 11 political detainees as demanded by the opposition.

This is in spite of the pressure from the US, the UK, AU and the UN, who have repeatedly appealed for their release.

Mr. Makuei said the detainees would only be released according to the law of South Sudan, as an independent nation with its own laws.