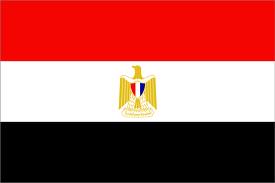 The Egypt Foreign Minister, Nabil Fahmi, on Tuesday in Algiers called on the African Union, AU, to restore Egypt’s membership suspended after the ouster of the country’s former President, Mohamed Morsi.

He said this during his two-day visit to Algeria that the decision to freeze Egypt’s AU membership was wrong and did not take into consideration the specific circumstances that the country was facing.

Egypt’s AU membership was suspended on July 5, 2013, two days after the ouster of Mr. Morsi in a military coup. The union deemed Mr. Morsi’s overthrow unconstitutional.

Mr. Fahmi called on the AU’s Peace and Security Council to review the decision quickly because Egypt was in the process of issuing a new constitution.

The Minister said he had discussed with Algerian President, Abdelaziz Bouteflika, on ways to intensify bilateral cooperation, situation in Syria and Palestine as well as the reform of the Arab League.

Ramtane Lamamra, his Algerian counterpart, noted that freezing Egypt’s membership was a precautionary measure intended to encourage it to restore work with the constitution in Egypt.

He stated that nobody could give lessons to Algeria on the suspension because it had never participated in the isolation of any African country suffering from political instability.

Mr. Lamamra stressed that Algeria did not interfere in Egypt’s internal affairs and hoped that Egyptians came out of the ordeal.

He expressed the hope that Mr. Fahmi’s visit would boost dialogue, political consultation and renew bilateral cooperation on issues of common interest between the two countries.

Mr. Fahmi, who arrived in Algeria on Sunday, had met with Algerian President, Abdelaziz Bouteflika, Prime Minister Abdelmalek Sellal and other senior officials.