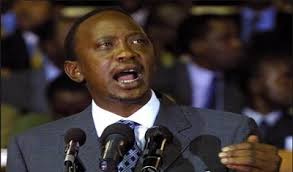 Al Shabaab claimed responsibility for the attack. The standoff with security forces is ongoing.

At least 59 people have been confirmed killed and 175 injured in Saturday’s terrorist attack on a high-end shopping mall in Kenya’s capital, Nairobi.

The toll rose from 39 that was earlier announced by President Uhuru Kenyatta on Saturday after two squads of suspected Islamist militants linked to Somali’s Al Shabaab stormed the shopping centre and shot people to death. Some of those killed were women.

Interior minister, Joe Lenku, said 1,000 people had managed to escape from the Westgate centre after the assault.

A joint military operation between the army and police continued overnight into Sunday with intermittent gunshots heard from outside. The police said they had cornered the gunmen but standoff has continued.

Witnesses say the attackers are between 10 and 15 and at least one of them is a woman who appeared to be one of the leaders.

It is not known how many civilians remain trapped there – either as hostages or hiding from the militants.

Mr Kenyatta earlier vowed to “hunt down the perpetrators wherever they run to”.

Al-Shabab said it carried out the attack on the upmarket shopping centre in response to Kenyan military operations in Somalia, the BBC reported.

There are about 4,000 Kenyan troops in the south of Somalia, where they have been fighting the militants since 2011.

Foreigners, including a 29-year-old Canadian diplomat, were killed in the attack. France said two of its citizens were killed. A Chinese woman was also killed, China’s official news agency said.

U.S. Secretary of State John Kerry, who offered assistance to Kenya in the incident, said several U.S. citizens had been hurt and the wife of a U.S. diplomat working for the U.S. Agency for International Development was killed.

Witnesses said the attackers told Muslims to leave after identifying them with questions about the Koran or Islam.

The assault was the biggest single attack in Kenya since al Qaeda’s East Africa cell bombed the U.S. Embassy in Nairobi in 1998, killing more than 200 people. In 2002, the same militant cell attacked an Israeli-owned hotel on the coast and tried to shoot down an Israeli jet in a coordinated attack.

Article of Faith: God is Talking to You, By Femi Aribisala