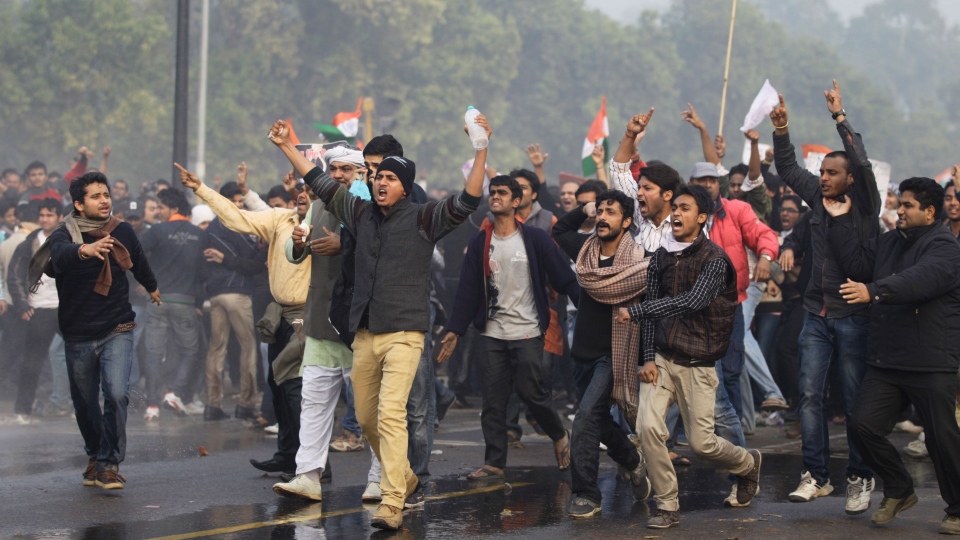 The convict’s gang raped a 23-year-old lady to death.

An Indian Court has convicted four men accused of fatally raping a young woman in a moving bus in New Delhi earlier this year.

The news of the 23-year-old woman sparked a wave of public protests that put the spotlight on the treatment of women in the country.

The judge found the men guilty of rape and murder. The men now face a possibility of being hanged. Sentences will be announced on Wednesday.

While reading the verdict, the judge, Yogesh Khanna, said the men murdered a “helpless victim.”

The U.S. based Washington Post says the parents of the girl were at the courtroom as the verdict was read and had tears in their eyes.

The convicted men, alongside another suspect who hanged himself in a juvenile detention centre in August, tricked the young woman and a male companion into entering an off duty bus. They beat her companion to submission and repeatedly raped her. They also repeatedly inserted an iron rod into her causing serious internal injuries that eventually killed her two weeks later in a hospital.

The rape and murder of the young woman resulted in huge protest in the country forcing the government to reform some out-dated laws on sexual violence.

Indian law stipulates that rape victims and the relative must remain anonymous.

Brent back above $113, cuts losses after China data