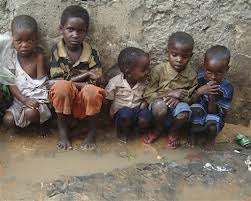 The Somali famine between 2010 and 2012 claimed about 260,000 lives, mainly children, the UN humanitarian coordinator, said on Thursday, dramatically increasing the tragedy’s death toll.

“We should have done more before famine was declared on July 20, 2011,’’ Philippe Lazzarini said in a statement.

According to a joint report by the UN’s Food and Agriculture Organisation and the U.S.-funded Famine Early Warning Systems Network, 258,000 people died between October 2010 and April 2012, including 133,000 children under five.

This number is more than twice the previous estimates, which had put the death toll between 50,000 and 100,000.

“The suffering played out like a drama without witnesses,’’ Lazzarini said.

Somalia, a country in the Horn of Africa, has been battling with drought and famine, brought on by a lack of security, for decades.

Reacting to the study’s findings, Senait Gebregziabher, the country director of the British charity, Oxfam, said famines “are not natural phenomena, they are catastrophic political failures.’’

“Next week, world leaders meeting at the Somalia 2013 Conference in London must take steps to ensure that this was Somalia’s last famine,’’ said Mr. Gebregziabher.

He added that a solution must include long-term development, job creation and ensuring security.