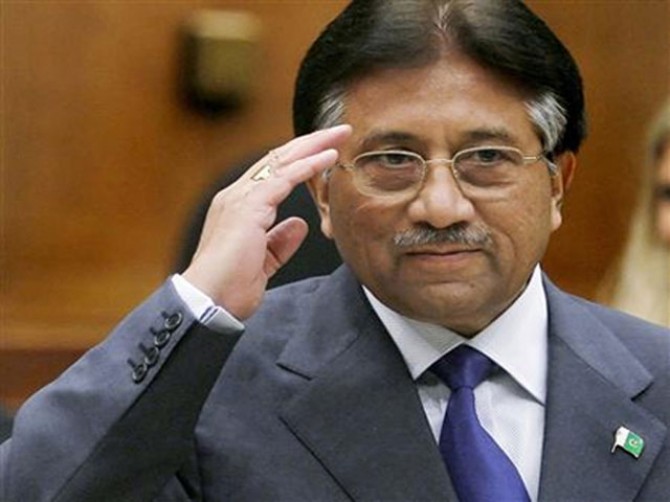 Mr. Musharraf’s decision in 2007 to detain judges is now considered an act of terrorism.

A Pakistani judge on Saturday ordered that former military ruler, Pervez Musharraf, be held in custody for 14 days until the next hearing over his 2007 decision to sack and detain several judges.

Mr. Musharraf spent his first night at the police guest house after a dramatic court disappearance on Friday following the court’s refusal to extend his bail. The court instead ordered his arrest.

The judge said that Mr. Musharraf be given judicial remand, meaning- be held in jail until the next hearing on May 4.

Mr. Musharraf, who ruled Pakistan between 1999 and 2007, was arrested in the case that stems from his decision to sack and detain the judges, including the country’s chief justice, after declaring a state of emergency and suspending the constitution.

The decision, apparently, was to ensure the judges would not push back against his re-election as president. But he cited the growing Taliban insurgency in the country’s northwest as a justification for the emergency rule.

The move promptly backfired as lawyers took to the streets in widespread protests that eventually weakened Mr. Musharraf’s government, forcing him to step down after calling for a new election.

The judge has described the decision as an act of terrorism and the ex-leader is to appear before an anti-terror court. But he has dismissed the case against him as politically motivated.

Mr. Musharraf also faces legal charges in connection with the 2007 assassination of the former Prime Minister, Benazir Bhutto, and the 2006 death of a Baluch nationalist leader.

The ex-leader’s legal team has been pressing for a house arrest for him, in which his estate located in a suburb outside the capital, Islamabad, would be declared a sub-jail under the Pakistani legal system.

On Friday, Mr. Musharraf made a dramatic escape from the court after the judge ordered he be arrested. The police at the court did not effect the arrest. He was whisked by his security detail to his home but was later taken by police to the force headquarter.

Saturday’s hearing at the Islamabad courthouse was brief. The former leader was brought under heavy security as supporters and opponents gathered outside the court. Immediately after the hearing, he was taken back to the police guesthouse where he had spent the night.