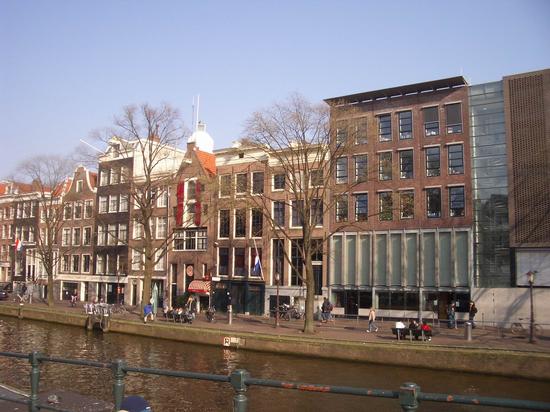 As the step-sister of World War II diarist, Anne Frank, Eva Schloss was in great demand when she went public with her story of surviving Auschwitz (Jewish concentration camps in Poland).

She, however, hopes a new memoir will highlight another issue – surviving life after the Holocaust.

Ms. Schloss, 83, said it was increasingly important that ageing Holocaust survivors pass on their stories while they still can, so younger generations understand the suffering Jewish people faced and the consequences of prejudice.

With her memoir, “After Auschwitz: A Story of Heartbreak and Survival by the stepsister of Anne Frank’’, released this week, Ms. Schloss said she hoped to convey the message that the horrors continued for a lifetime.

“People have no idea how traumatic it was to cope with such loss, with living in a different country,’’ Ms. Schloss told Reuters on Monday, a Holocaust Memorial Day commemorating the 70th anniversary of the Warsaw ghetto uprising.

“After the war, Europe was in chaos and no one wanted to know what had happened to you. People felt guilty.

“You had to stay quiet and suppress your fears which came out in nightmares. You just had to try to live with it,” she said.

Ms. Schloss was arrested in Amsterdam in May, 1944, on her 15th birthday during the German occupation of the Netherlands; and, with her mother, was forced to listen to her brother and father being tortured in the next room while in detention.

The family was briefly reunited on a train to a Dutch holding camp but was then moved to Auschwitz where women and men were separated.

A similar fate befell Eva’s playmate and neighbour, Anne Frank, who died in the Bergen-Belsen concentration camp in 1945.

Anne Frank survived two years in hiding in Amsterdam where she wrote her diary that highlights real lives during the Holocaust.

The two families had been friends and several years after the war Ms. Schloss’s mother married Anne Frank’s father, Otto, whose relentless optimism she cites as a key reason for her ability to cope with the post-war years.

Ms. Schloss remained silent for nearly 40 years about her ordeals and it was not until she was invited to an exhibition about Anne Frank in London 1986 and asked about her own life that she started to talk.

She never looked back.

She has since spoken at engagements internationally, published two books about the Holocaust, and campaigned in schools and prison to educate people about prejudice and intolerance to continue the legacy of her step-sister.

With her third book, Ms. Schloss said she wanted to focus on the lifetime of suffering faced by survivors after the slaughter of six million Jews by the German Nazis and their collaborators.

She said she was one of the lucky ones because she had managed to build a new life in London where she lives with her husband of 60 years, Zvi, with whom she has three daughters.

“All of us survivors are quite elderly and in a few years we won’t be around so we need to tell our stories,’’ she said.

“Racial tolerance is improving with more mixed marriages but religious tolerance seems to be getting worse with more fanatics now.

“It is my duty to try to explain and to promote more acceptance and tolerance in the new generations.’’