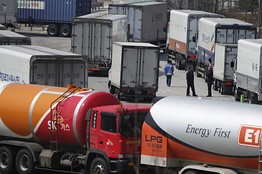 North and South Korea face a major diplomatic row which might result in war.

South Korea would consider all options including military force to free its workers from the Kaesong industrial complex in North Korea, the defence chief said on Wednesday.

North Korea on Wednesday barred South Korean workers from having access to the shared facility, raising tensions between the two sides to a new height.

The North has warned of war against the South and the United States, and has lately escalated bellicose rhetoric.

workers at the jointly run industrial area was a possibility in the worst-case scenario, South Korea’s Yonhap News agency reported.

Pyongyang only allowed the South Koreans to leave the area, a week after cutting the hotline used to coordinate traffic in and out.

Accord Party attacks Ajimobi over stance on FOI Act