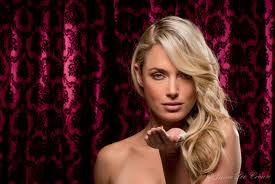 A tearful funeral was held on Tuesday for model and law school graduate, Reeva Steenkamp, with mourners calling for a harsh penalty for her boyfriend, Paralympic star, Oscar Pistorius, who has been charged with her murder.

Ms. Steenkamp’s body was transported in a black hearse to a crematorium in the coastal city of Port Elizabeth for a private ceremony.

“Without a doubt, he’s a danger to the public. He’ll be a danger to witnesses. He must stay in jail. He’s already shown how dangerous he can be for what he did to Reeva,’’ said Gavin Venter, an ex-jockey who worked for Ms. Steenkamp’s father.

While the funeral was being held, Oscar Pistorius was at a bail hearing in a Pretoria court about 900 kilometres to the north, where a prosecutor said he fired four shots last week at a cowering Ms. Steenkamp through a bathroom door at his luxury home.

The athlete’s lawyer said there was no murder case.

In arguing for bail, the sports star said in an affidavit he was “deeply in love” with Ms. Steenkamp and did not intend to kill her. He told the court he had never been convicted of any crime.

In Port Elizabeth, friends of Ms. Steenkamp walked up a path to the crematorium, some holding hands or carrying flowers.

After the hour-long ceremony, relatives stood outside and friends paid their condolences, hugging the deceased’s parents, in the serene wooded area dotted with tombstones.

“It was a total shock. It is only sinking in right now,” said former classmate Bongiwe Gaxamba, 29, wearing the blue blazer with yellow stripes from their high school.