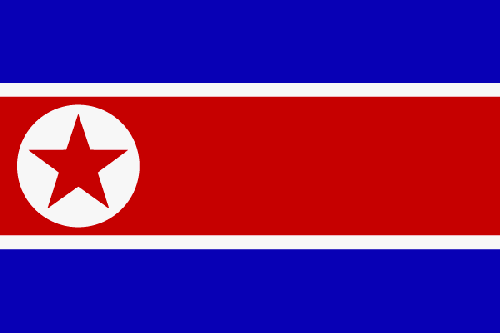 South Korea sent a stern warning to North Korea on Thursday; two days after the North tested a nuclear bomb, saying it could strike the isolated state.

It warned that the North should not take the South for granted as it believes that an attack by the North was imminent just as it deployed a new cruise missile to drive home its point.

North Korea conducted its third nuclear test on Tuesday, in defiance of UN resolutions, pushing it further along the path of developing a workable long-range nuclear missile and drawing condemnation from the U.S., Japan, Europe and the North’s only major ally, China.

Pyongyang said that the test was designed to bolster its defences due to the hostility of the U.S., which has led a push to impose sanctions on the country after its long-range missile launch.

North Korea on Thursday repeated its warning that any further sanctions would provoke it into taking firmer action.

Seoul warned that it would strike if attacked.

South Korea has already relaxed rules allowing troops on the border to return fire directly without seeking permission from the army chiefs.

“The cruise missile being unveiled today is a precision-guided weapon that can identify and strike the window of the office of North Korea’s leadership,’’ Defence Ministry spokesman, Kim Min-seok, told reporters.

Japan, which has little capacity to strike at the North if threatened by an attack because of the constraints of its pacifist constitution, said it had the right to develop such capability in response to changes in the regional security situation – but had no plan to do so at present.

“When an intention to attack Japan is evident, the threat is imminent, and there are no other options, Japan is allowed under the law to carry out strikes against enemy targets,’’ Defence Minister, Itsunori Onodera, told Reuters in an interview.

“Given Japan’s political environment and the peace-oriented diplomacy it has observed, this is not the time to make preparations for building such capability,’’ he said. “But we need to carefully observe the changing security environment in the region.”

Any sign that Japan was moving to develop such a capability would upset neighbours China and South Korea, where memories of Tokyo’s past military aggression run deep and which have reacted strongly in the past to suggestions it might do so.

It is unlikely the U.S., which acts as a security guarantor for both its allies, would permit any major escalation in any conflict with North Korea.

Japan and China are engaged in a bitter island dispute that has soured relations between the two and alarmed Washington while Seoul and Tokyo have also clashed verbally over a separate disputed island.

The U.S. and its allies are pushing for new sanctions at the UN Security Council aimed at slowing North Korea’s nuclear and long-range missile development.

“They pledged to work closely together to seek significant action at the UN Security Council and to cooperate on measures aimed at impeding North Korea’s nuclear and ballistic missile programmes,’’ the White House said in a statement after the call.

The U.S. and its allies are believed to be pushing to tighten the noose around North Korea’s financial transactions in a bid to starve its leadership of funding.

Japan’s Onodera called on the North’s biggest benefactor, China, to join in strengthening the sanctions.

“I think China is the one that is most concerned about the development. From now on, it is necessary for us, including China, to seek effective steps, effective economic measures against North Korea,” he said.

North Korea has repeatedly said it is planning what it terms “stronger measures” against the U.S. and its allies, although it hasn’t specified what those could be.

It is not capable of hitting the U.S., but its medium-range missiles can hit Japan and South Korea. It also has an estimated 8,000 artillery systems stationed within 100 km of the heavily militarised border between the two Koreas.

“If the U.S. and its allies challenge the DPRK (Democratic Peoples Republic of Korea) with ‘strong measures’, (a) ‘financial freeze’ and fresh pressure and ‘sanctions’ over its underground nuclear test, it will react to them with stronger measures for self-defence,’’ its KCNA news agency said on Thursday.

Australia signalled its displeasure with Pyongyang by banning diplomats seeking to reopen an embassy there from visiting the country.

While it was still unclear what fissile material North Korea used in its third nuclear test – its statements appeared to indicate that it was likely plutonium as it is easier to miniaturise than uranium.

It seemed that initial environmental fears about the test were not realised.

China’s Environment Ministry said it had found no abnormal radiation from the test site, which is about 100 km from its border.

South Korea too said it had not detected any radiation.