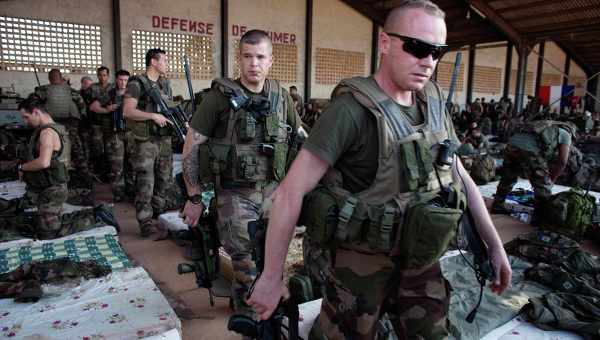 French and Africa military strive to take back the entire country from the rebels.

Donors pledged about $455 million on Tuesday for an African-led military intervention in Mali and humanitarian aid for the country at the AU Summit which ended in Addis Ababa on Monday.

The African force is meant to aid Franco-Malian troops as they fight Islamist rebels in order to reassert government control over the entire country.

France’s defence ministry said some 2,900 African troops are being deployed, with many already in country.

The U.S. pledged $96 million for the Malian army and the AU force, known as AFISMA.

Japan said it would give $120 million for humanitarian causes.

AU officials say some $460 million is needed each year to help sustain the Mali mission.

However, at the opening of the conference, Ivorian President, Alassane Ouatarra, told donors at least $950 million was needed.

Mr. Ouatarra, who is also head of West African bloc ECOWAS, said at least 10,000 soldiers were needed to free Mali of Islamist extremists, up from the 3,300 originally planned.

“The decisive intervention by the French army has stopped the progression of our common enemy,’’ Mr. Traore said, referring to the rebels, whom he accused of narco-trafficking.

He later thanked the donor nations for their offers.

In Europe, Germany and Sweden led by pledging $20 million each for AFISMA, while Stockholm also promised another nine million for aid.

Ahead of the summit, the EU had promised some 50 million Euros ($67.2 million) for the force, but emphasized that the money will not be used for weapons.

African nations opened their purses too, with South Africa promising $10 million for the troops and an equal amount for humanitarianism, while Nigeria pledged $5 million.

China matched contributions from small African nations, by offering $1 million in support to the AU.

French President, Francois Hollande, on Monday said French and African forces were succeeding against Islamist rebels, but that it was up to African forces to finish the job.

Timbuktu and Gao are said to be firmly under French and Malian control, leaving the city of Kidal, near the border with Algeria, as the last key urban stronghold under the Islamists rule.

But the rebels are still said to be present in the vast desert of northern Mali.

The mayor of the World Heritage site said the retreating Islamists set fire to a library housing ancient manuscripts.

AFISMA was originally intended to be deployed in September, but a rebel advance towards the south in January prompted the French to immediately intervene at the Malian government’s request.

The European nation has some 2,500 soldiers on the ground.

The African force is expected to comprise several thousand soldiers, but many will require specialised training, with European instructors set to deploy next month for the training.

Some deployed African troops are still waiting in Niger to cross into Mali.

For the first time, the AU said it would contribute directly to a peacekeeping mission, pledging $50 million for the African force.