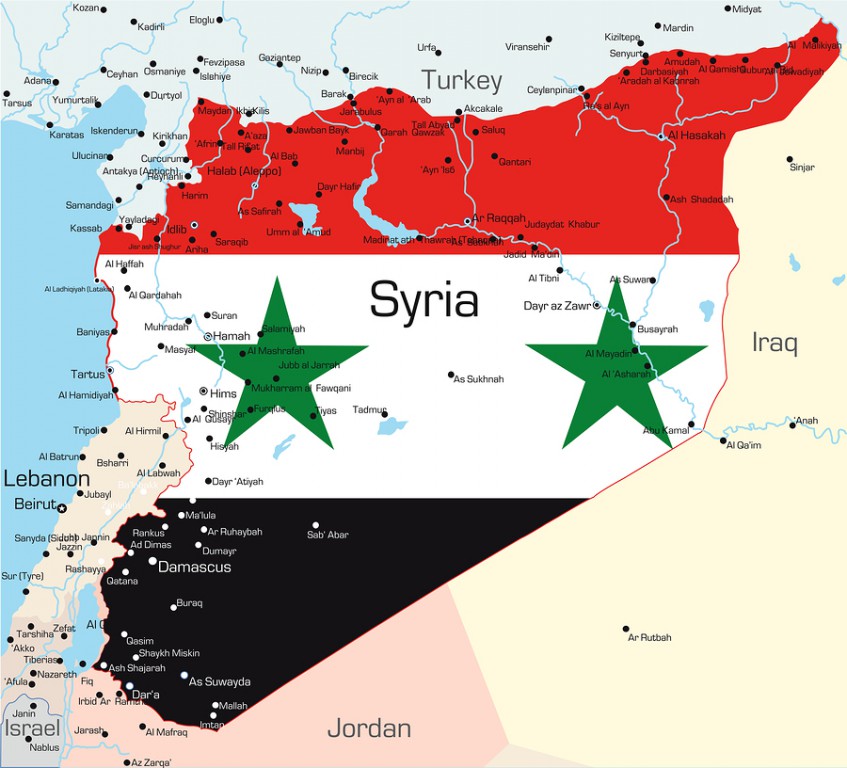 Syria on map used to illustrate the story.

Activists have said that 56 people were killed in a week of fighting in northeast Syria between anti-government rebels and members of the long-oppressed Kurdish minority.

They have seized on the civil war to try to secure self-rule, activists said on Tuesday.

The British-based Syrian Observatory for Human Rights, which collates reports on Syria’s violence from local activists, said on Tuesday that the anti-Damascus rebels were using tanks and mortars on Tuesday against Kurdish forces.

With Arab rebels entangling government forces to the west and south, the Kurds, who make up around 10 per cent of the population, are taking advantage of the crisis to assert themselves.

They have exploited the vacuum to set up the Kurdish schools and cultural centres long denied them under Baath party rule, as well as police and armed militias.

But they have remained at arm’s length from the increasingly Islamist-dominated mostly Sunni Arab rebels, fearing that these would not honour the autonomy aspirations of a region that holds a significant part of Syria’s estimated 2.5 billion barrels of crude oil reserves.

On Tuesday, fighters of the Kurdish People’s Defence Units clashed with several rebel groups in the city of Ras al-Ain in Syria’s northern Hasaka province, the Observatory said.

“The clashes erupted (last) Wednesday and have resulted in the deaths of at least 56 fighters,’’ the group said.

The fighting is one of many sectarian or ethnic fault lines that have prevented the emergence of a single coherent movement to try to oust President Bashar al-Assad since insurgents took up arms after the government cracked down on peaceful protests in March 2011.

Since then, the conflict has become a full-scale civil war in which more than 60,000 people have been killed, 650,000 pushed to flee the country and well over a million made homeless within Syria.

Late on Monday, the Observatory said at least 30 people were killed when a car bomb went off at the local headquarters of a pro-government militia on the eastern outskirts of Hama, a city in central Syria along the main north-south highway.

The death toll from that attack could rise to as high as 50, including civilians, the group said.

The state news agency SANA said the blast was triggered by a suicide bomber and that 25 persons were killed in the incident.