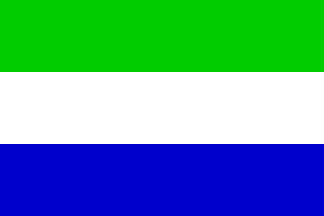 Fights broke out at service stations in Sierra Leone‘s capital, Freetown, on Tuesday after the government restricted fuel deliveries to deal with a shortage threatening the West African nation.

The Trade Minister, Richard Conteh, blamed the scarcity of fuel on an unexpected halt to shipments from the country’s main fuel suppliers in Cote d’Ivoire and Benin.

Though situated in the oil producing Gulf of Guinea, Sierra Leone has not joined the ranks of the region’s petroleum producers and relies entirely on imports.

“We only got our last shipment after a direct appeal from President Ernest Bai Koroma to (Ivorian President) Alassane Ouattara,” Mr. Conteh told Reuters, without explaining the reason for the halt.

The country’s dwindling supplies are the remnants of the 5,000 metric tonnes imported from Cote d’Ivoire in December, the minister said.

A fuel shipment had been ordered from Europe and is currently at port in neighbouring Liberia, the minister said.

“It is expected in Freetown by Thursday.”

Fares for motorbike taxis, one of the few means of navigating Freetown’s congested streets, have doubled over the past week as petrol stations ration the amount of fuel sold to commercial vehicles.

Scuffles broke out in several places after people had to queue all day for fuel. Some said they had been waiting since Monday. A spokesman for the country’s largest diamond miner OCTEA Group, operator of the Koidu mine, said its operations were not affected but that could change if the shortage persisted.