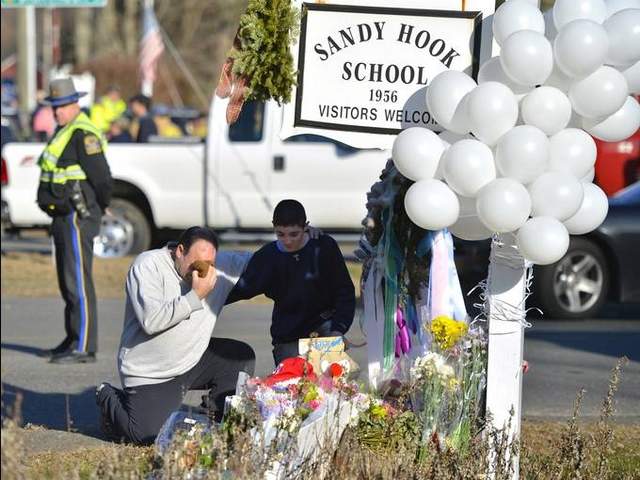 The NRA said it is shocked by the killings.

One of the most powerful gun lobby groups in the United States, the National Rifle Association, NRA, has given its first reaction to the Friday killing of 26 people including 20 students.

The NRA in a statement on Tuesday said it was “heartbroken” by the attack.

The group, which has always championed the right of Americans to own guns, said it was “made up of four million moms and dads, sons and daughters,”  and was “shocked, saddened and heartbroken by the news of the horrific and senseless murders in Newtown.”

The NRA said it “is prepared to offer meaningful contributions to help make sure this never happens again,” saying it would hold a major news conference on December 21.

Meanwhile, following the killings, the U.S. President, Barack Obama, wants to reinstate an assault weapons ban, his spokesman has said.

The BBC quotes White House Press Secretary, Jay Carney, as saying the president was “actively supportive” of a Democratic senator’s plan to introduce a bill on the first day of the next Congress.

The U.S. president has previously stated his support for the reintroduction of an assault weapons ban, which lapsed in 2004, the BBC reports.

“He is actively supportive of, for example, Senator [Dianne] Feinstein’s stated intent to revive a piece of legislation that would reinstate the assault weapons ban,” Mr Carney said on Tuesday.

The Senator, Ms. Feinstein, has said she would introduce the legislation when the new Congress meets for the first time in January.

On Monday, the White House spokesperson said that tighter gun control laws were only part of the answer to violence in the U.S., and that “no single action will fully address the problem”.

Meanwhile, the funerals for the 20 children and six adults killed at Sandy Hook Elementary School continued on Tuesday, after the first victims were buried on Monday.

The arrival of the remains of governor Yakowa