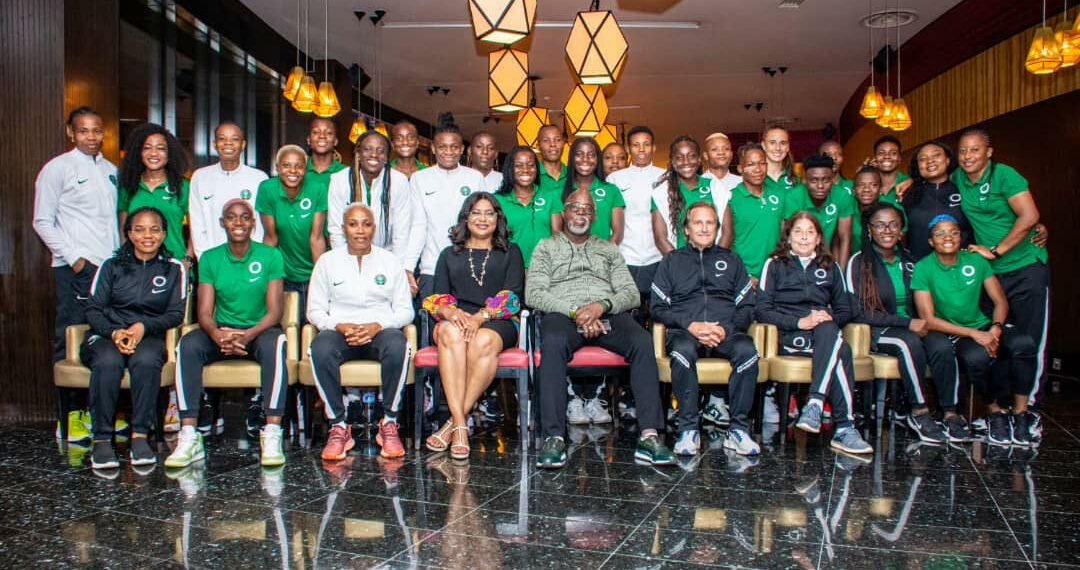 The Super Falcons’ dominance on the African continent has gone unchallenged for almost two decades.

That glaring no longer exists, having been consistently whittled down by the likes of South Africa, Cameroon, and Zambia.

Thus the 2022 Women’s Africa Cup of Nations, kicking off in Morocco on Saturday, July 2, 2022, holds the subtle threat of dethronement.

Literally, before every tournament before this, the question on the lips of many was who will the Nigeria Women’s team face in the final because it was a given the Falcons would crush all foes on their way and would almost certainly get that far.

Except on two occasions (2008 & 2012) when they suffered upsets in their semi-final games, the Super Falcons have gotten to every other final of the Women’s Africa Cup of Nations.

Astonishingly also, they have won all nine finals; conceding in just one of them when they beat South Africa 4-2 in the 2010 edition.

The above scenario highlights the dominance the Super Falcons have enjoyed for over two decades, but Nigeria’s grip on the women’s game is now being challenged with the rising profile of women’s football in more African countries.

As the 12th Women’s Africa Cup of Nations officially kicks off on Saturday, the Super Falcons are still heavily favoured, but now, no one expects them to stroll to a 10th title without some fight from the other countries on parade.

A North African country will host the Women’s Africa Cup of Nations for the first time and that speaks to the growing acceptability of the women’s game on the continent.

Though the Falcons are under the tutelage of a second foreign coach, this will be the first time a foreigner will lead them to the AFCON. Randy Waldrum is the one that has been given the honour.

The Nigeria Football Federation (NFF) primarily hired the American coach to mould the Super Falcons into world-beaters, as many feel the Nigerian ladies have failed to live up to their full potential whenever they have featured in international competitions.

Since coming on in 2020, Waldrum has tried to effect some changes in the Super Falcons set-up by bringing in players from the diaspora to beef up the squad.

While this has paid off in the short run, the tournament in Morocco would be an accurate test for Waldrum’s technical abilities.

For Waldrum, even though he has prioritised qualifying for the World Cup, he is also ready to give winning the title in Morocco his best shot.

“World Cup qualification has always been the goal as much as we want to win the championship,” said Waldrum about next year’s global tournament to be held in Australia and New Zealand.

The 2022 Women’s Africa Cup of Nations will also serve as a World Cup qualifier where the top four teams directly pick automatic tickets while two more will advance to the inter-confederation playoffs.

Ahead of what would be his first official tournament since taking over the Falcons in 2020, the American tactician feels he and his ladies have had a decent preparation which will put them in good stead.

“I think we have prepared well. The one difficulty we had is that I never felt we had our entire best team together. I’m a little concerned we haven’t had the best team together over the year but it gave me an opportunity to look at a lot of young players to bring into the team,” he added.

“We have found some new blood with players like Ifeoma [Onumonu], Esther [Okoronkwo] unfortunately, is injured and won’t be participating.

“But young players like Vivian [Ikechukwu] that we brought into the team, are playing extremely well, so we feel like we’ve got a lot of good options. Gift Monday is coming off a good season.

“Having Asisat [Oshoala] back healthy is a big plus. I’m excited about the young player [Chinonyerem] Macleans playing in Poland right now.”

Waldrum thinks he has a perfect mix of youth and experience, especially in attack, which gives him plenty of options for some tactical tweaking whenever he deems it fit.

“We have a lot of players that can interchange. Rasheedat [Ajibade] for example, has been playing in midfield for us, but we can play her upfront if we need. Toni Payne is the same, so I think we have really good attacking qualities in our team,” said the former University of Pittsburgh coach.

If there is one team that could stand in the way of the Super Falcons and a record-extending 10th title in Morocco, that team is South Africa’s Bayana Bayana.

The Bayana Bayana have come quite close to winning Africa’s top prize in Women’s football but have been losing finalists on five different occasions.

Now, South Africa head coach, Desiree Ellis, believes her team has come of age and should be able to dethrone the Super Falcons.

Ellis’ charges are in Group C, pitted against the Super Falcons, and debutants Botswana and Burundi.

The South Africans will face the Super Falcons in their first game in Rabat on Monday, July 4.

The tactician, whose side has won two of their last three meetings against Nigeria, is targeting a good start.

“We have to make sure we get a positive result from the first match because that will set the tone for the rest of the tournament,” Ellis told Times Live.

“It will also be naïve of us to go to the tournament and not set a goal of winning it. I think we will be no different from any other country in wanting to win it.

“We’ve been runners-up five times and 2018 was really the closest. The time is now that we really step up and make sure we get that gold medal, but we must not underestimate any teams in our group.

After confronting South Africa’s Banyana Banyana in their first match of the tournament on Monday, July 4, the Super Falcons will come up against Botswana on July 7, and their last group match is against Burundi on July 10.